February 14, 1922 – October 24, 2011
In loving memory of Gilbert “Gib” Howard Gilchrist who passed away peacefully on October 24, 2011 at the Manitoulin Lodge, in his 90th year. Gib was born near Spring Bay at his family’s home on Manitoulin Island, on St. Valentine’s Day in 1922. He was the youngest of nine children born to Neil and Sarah (nee McKechnie) Gilchrist on a farm they homesteaded in 1883. Life was a struggle on the farm for Gib’s family when his father died when he was two years old. However, Gib loved school and attended the Grimesthorpe Schoolhouse, and later earned his high school diploma in Mindemoya. Gilbert joined the army at age 20, and married his wife Donalda (Donnie) in 1944. Shortly after, Gib and Donnie bought a farm across the road from his parents. In 1957, Gib and his family relocated to Elliot Lake. Gib had a long and distinguished career working for the United Steelworkers of America (USWA) for 28 years, starting in 1958, when he was appointed as the USWA Staff Representative in Elliot Lake. In 1964, Gib was appointed as the Senior Staff Representative for USWA Local 6500 in Sudbury, where he was responsible for over 15,000 union members in the mining industries. He also served three terms as President of the Sudbury and District Labour Council. Between 1970 and 1982, he was Chief Negotiator and Coordinator for contract negotiations between INCO and USWA. Gib was appointed as the North Eastern Ontario Area Supervisor in 1970, and served as the assistant to the Director of District 6, from 1981 until 1983 when he retired from USWA. During his semi retirement Gib worked at Cambrian College as the Labour Studies Coordinator. Gib was also a community activist serving on the boards of the Sudbury United Way, Sudbury-Manitoulin Legal Aid Committee, as well as the Manitoulin Planning Board. In 1989 Gib and Donnie moved back to their farm in Spring Bay where Gib loved spending time with family and friends, working on the farm and riding his tractor. Gib is survived by his loving wife of 67 years, Donalda (Donnie) (nee Beange) Gilchrist of the Manitoulin Centennial Manor. Beloved father of Sarah Gilchrist Bowerman (Merv) of Spring Bay, David Gilchrist of Spring Bay, Alma Sarazin (Gerry) of Garson, and Lorna Tremblay (Roger) of Wahnapitae. Gib was predeceased by his beloved daughter Sharon Gilchrist Brown in 2008 (husband Paul Brown of Burlington). Beloved grandfather of Sam Gilchrist (Katie), Dexter Bowerman, Paxton Sarazin (Monique), Preston Sarazin (Stephanie), Lana Tremblay (Mike Lavergne) Blair Tremblay (Shannon Villenuve) and Adam and Alex Brown. Great-grandfather of Paul Jenna and Elodie Sarazin, Kyle Tremblay (Courtney Battison) and Ben Lapalme. Gib was predeceased by his siblings John, Myrtle McKechnie, Peter, Daniel, Duncan, Neil, Dougal, and William. Gilbert, well-known as a modest, unassuming, and personable gentleman, who has through his dedication and compassion, benefitted the lives of workers and community members, as a teacher to many, he will leave a lasting legacy. Friends may call at the Culgin Funeral Home after 7 pm on Friday, October 28, 2011. The funeral service to celebrate Gib’s life will be conducted in the Wm. G. Turner Chapel on Saturday, October 29, 2011 at 1 pm with Pastor Dan Thompson officiating. Interment in Grimesthorpe Cemetery, Spring Bay. If so desired, donations to the Mindemoya Hospital Auxiliary or the CNIB would be appreciated by the family. Online condolences may be left at www.culginfuneralhome.ca. Culgin Funeral Home, Gore Bay, 705-282-2270. 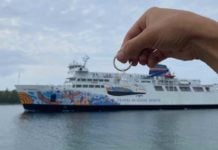 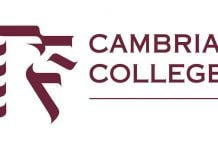 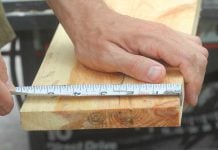 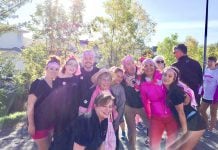 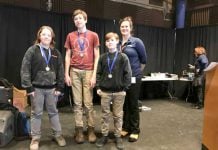