GORE BAY—There is definitely a sense of family when one is surrounded by the staff, parents and children involved in Gore Bay Child Care Services. It can be seen in all the smiles, laughter and easy going casual chats parents have with other parents, staff members or the children.

“It is the staff members that make you feel so welcome,” one parent told the Recorder last Friday evening at a dinner event. “The tremendous service they provide for us as parents in looking after our children every day is incredible. They are terrific.”

This is a special year for the Gore Bay Child Care as it celebrates its 10th anniversary of operation. “Yes, we have hundreds of kids here over the years,” said Anne Steele. “Over the 10 years we’ve probably provided services for families of about 200 to 300 kids.”

Andrea Lewis, supervisor, pointed out the Gore Bay Child Care has 54 children enrolled in day care currently, with another 24 signed up in Manitowaning.

“It’s always been a lot of fun, especially when you look at the young ones that we used to take care who are now in Grade 8 or teenagers now,” said Ms. Steele. She pointed out some several staff members who were hired to help out part-time when they were 15-year-olds are now on permanent staff and are still working with the organization.

Gore Bay Child Care service has always been located in Charles C. McLean Public School. “The first year we opened we probably had 12 children and six after school kids, of all ages, from 15 months to five-years-old,” said Ms. Steele.

Ms. Lewis noted, “a lot of community members have been on our board of directors, and Manitoulin Transport was a big help when started, and people like Kathy Antonio and Jeff Hietkamp were a big help.”

The first board of directors of the Gore Bay Child Care included the latter two as well as Tyson Gilchrist, Barret Wright, Pam Fogal and Jeanette Mercer. “At the start it was just a group of community members who decided to get together, form a board of directors and get the child care started.”

It was noted when the child care opened, it was in one room, “and now we have four rooms in the school here and one room in Manitowaning,” said Ms. Lewis.

“The fact that we have been here all these years would not have been possible without the tremendous support of the families involved.  They have been very supportive and come out for all the evens we hold,” said Ms. Steele, a  sentiment shared by Ms. Lewis as well.

There has been changes over the years in terms of how services are provided to the children in the Gore Bay Child Care, said Ms. Steele. “Ten years ago we had more theoretic daycare activities now the children lead the curriculum.” She noted as well the child care service has had lots of support from the community in terms of plans and programs in place that focus on things like child development, nutrition and behaviour.

“Our staff members have been so flexible and willing to try new ideas and activities, and some of the original staff are still here today,” said Ms. Lewis. “It’s  been a lot of fun.” 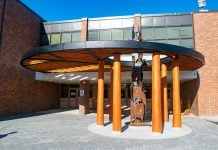 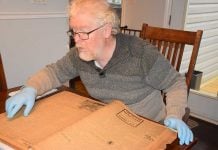 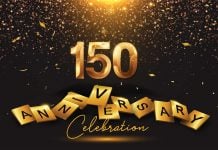 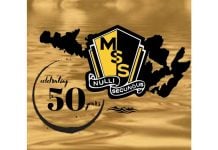 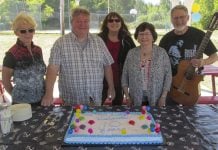