GORE BAY— The Gore Bay Curling Club hosted a bonspiel this past weekend to raise funds for several Manitoulin Special Olympic (MSO) athletes that will be attending the Special Olympics Canadian Winter Games in Cornerbrook, Newfoundland February 29 to March 6.

“It was a wonderful event,” said MSO coach and coordinator Janet Anning. “We had 14 teams and it was a cash spiel with everyone playing three to six-end games. The winners were determined by best points.”

In first was the Dave McDermid Team consisting of Dave McDermid, Beverly McDermid, Doug Kind and Kathy King, followed by Yvonne Bondi Team and the Jack Clark Team in third.

“We had a lot of great support for the athletes and everyone had a great time,” added Ms. Anning.

Ms. Anning explained that each athlete must raise $1,600 to attend the games and that the bonspiel was a big help in the groups fundraising efforts.

Ms. Anning also extended a huge thank you to the Gore Bay Curling Club for supporting the National Games athletes, and to all of the teams from across the Island who participated. She also extended a special thank you to Dan Marois for his time involved to prepare the draw, coordinate the bar and help with the ice. She also thanked all the other volunteers who helped make the event possible. 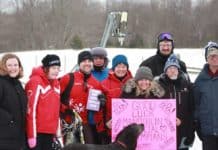 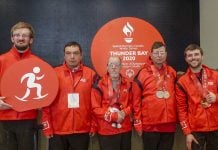 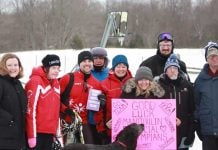 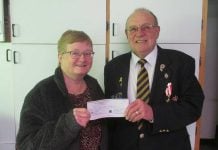 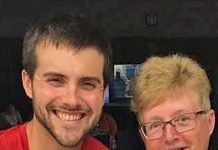 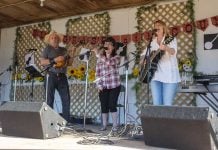