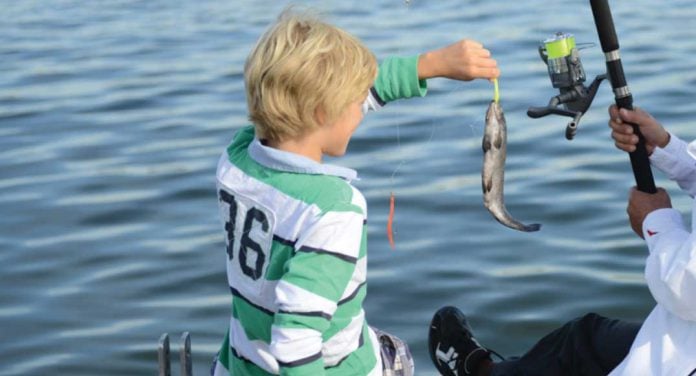 Chris Robinson, of the GBFGC, told the Recorder after a club meeting last week, “due to the ice and weather conditions on Lake Wolsey we had to cancel the annual kids fishing derby. So this year we are going to hold a Fish Pond Kids’ Fun Day on March 11, from 1 to 3 pm at the Ron McQuarrie pavilion in Gore Bay.

He pointed out that as of last week’s club meeting, the members discussed the continuing decrease of ice on Lake Wolsey, where the kids’ derby is usually held, and decided that the derby had to be cancelled. However, “we have been asked by parents and grandparents if we were having the derby, and as we cancelled the derby we decided that we should still do something for the kids, so we are going to put on the fish pond.”

“The fish pond will be filled with rainbow trout being donated by Meeker’s Aquaculture,” said Mr. Robinson.

As well, the club will be providing free hotdogs, hot chocolate and coffee throughout the event.