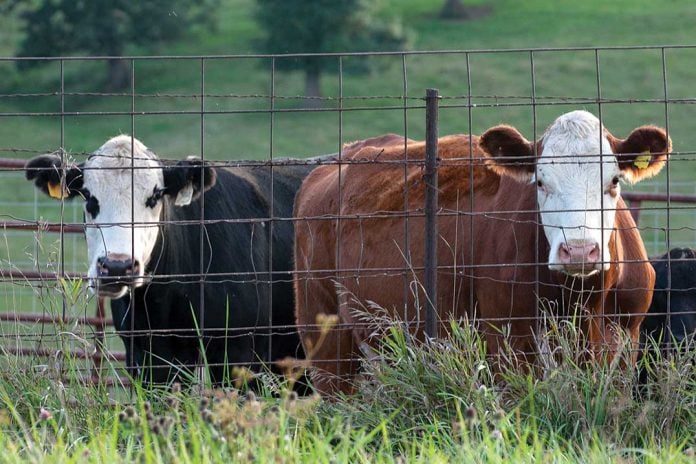 GORE BAY—Taking safety into consideration is a daily thought for the many farmers who work across Manitoulin Island. Beef farmer Jeff Hietkamp is no exception.

Mr. Hietkamp operates Clover Hill Farm just outside Gore Bay, where he lives with his family. He says he has been around farming his whole life and, after a stint working down south, he assumed the operations of Clover Hill in 2001.

Beyond his concerns about who could support the farm in his absence, the value Mr. Hietkamp places on safety takes on even more significance when he thinks of his partner and his children that he has to support.

To improve safety on his farm, he has considered safety factors from the infrastructure itself to the animals he raises.

“As far as cattle handling facilities and moving livestock around, I’ve tried to improve things here at the farm with safety in mind. I’ve put self-locking head gates in, added some corrals and extra penning,” says Mr. Hietkamp.

While animal comfort and safety is a crucial element to overall farm safety, Mr. Hietkamp adds that he pays special attention to planning for worst-case scenarios.

“I think a lot about, if there’s a problem, where I will go and how I will avoid injury,” he says.

The animals themselves at Clover Hill are even selected with an eye to best safety practices.

“When we’re selecting our breeding stock, the temperament of the livestock is something I think about quite a bit. I want as quiet a cattle as I can find,” he says.

Having well-tempered cows reduces the chances of animals going rogue and injuring farmers or even themselves in the process. This reduces stress levels for both farmers and their animals which can lead to a better product and better health for the farmer.

Although close calls can still happen even in a safer-designed facility, Mr. Hietkamp says they can turn into positive experiences if they are taken in a broader context.

“It makes you think about what you can do different or better the next time so you don’t get into that spot,” he says.

Canadian Agricultural Safety Week offers a chance for farmers and non-farmers alike to pause and reflect on the role of farms within the community and the significance of safety improvements in creating healthier communities for all. This commemorative week runs until March 16 and the program is run by Farm Credit Canada.