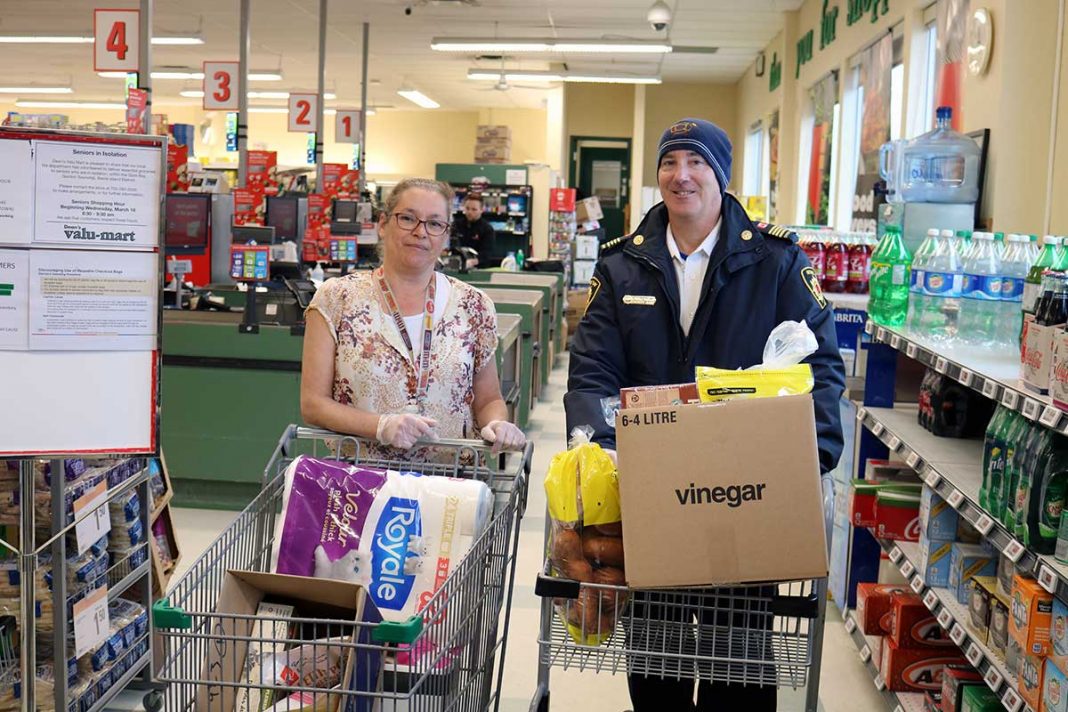 GORE BAY – It isn’t the only place where this type of thing is taking place on Manitoulin, but it is unique and special and demonstrates how much compassion and care Island residents have for one another.

Dean’s Valu-Mart is providing at home delivery to its customers who are vulnerable or are one of the many snowbirds that have had to go into 14 days of self-isolation upon their return to the Island, and the Gore Bay-Gordon/Barrie Island Volunteer Fire Department is helping by delivering groceries to these local residents.

“We are providing home delivery of groceries for those customers who are snowbirds who are in self-isolation,” said Shirley Moss, co-owner of Dean’s Valu-Mart, late last week. “The local fire department volunteered, as has another volunteer driver to provide these deliveries. All people have to do is call their order in.”

As for the fire department’s involvement, “it was (firefighter) Duncan’s (Sinclair) idea, he stepped up,” said Gore Bay Fire Chief Mike Addison. “People have to call Dean’s or the pharmacies to place their orders and then we help make the deliveries (to customers in Gore Bay, and Gordon/Barrie Island).”

“It was Duncan’s idea, and he is doing it,” said Mr. Addison, who stressed that those who would like to have groceries delivered need to call Dean’s Valu-Mart initially.

“I think Dean’s has stepped up by providing this service as well,” said Mr. Addison.

Ms. Moss noted that the store also has set aside an hour in the morning, for all those residents 65 years of age and over from 8:30 to 9:30 am. They can come in when there aren’t as many people in the store and get their essentials. The store is recommending that only one person from a household shop in the store at any one time. “There is an information board set up at the store that people will be able to read before they come into the store.”