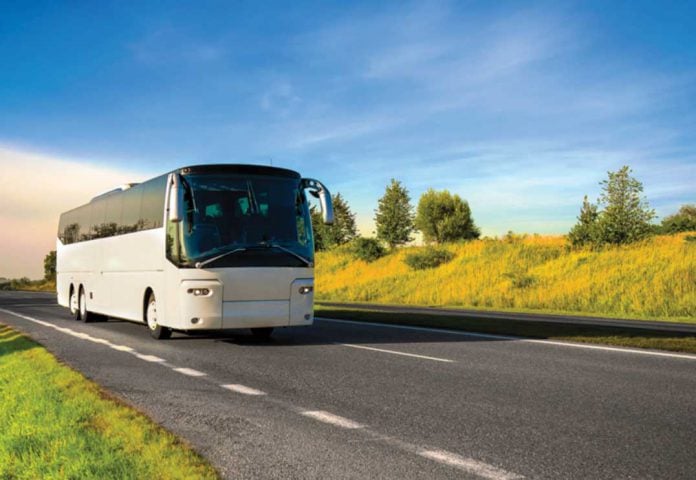 A meeting was held locally on April 21 with several organizations and groups on Manitoulin in attendance to provide input on the transportation challenge experienced by many Island residents travelling to and from communities on and off the Island for work, appointments and other events and looking at a viable and collaborative solution.

The campaign has been initiated to maximize on the ongoing dialogue regarding the transportation issue on the Island; to explore the concept of a cooperative fleet model; leverage a sequence of outcomes to follow; to establish a working group for ongoing development of the solution; and to develop a draft terms of reference for the working group.

“I’m an agent for the March of Dimes Canada,” Guy Dumas told the Recorder on Monday. “We hosted this meeting because this issue has been, and continues to be, in place for many years. As far back as 1952 the issues and challenges in transportation in getting people to work, school, appointments, events and activities on the Island has been an issue.”

“If we can do something collectively to improve the quality of life for both indigenous and non-indigenous peoples on the Island it would help out a lot of people,” said Mr. Dumas. “Everyone benefits from a good transportation system.”

Mr. Dumas stressed the March of Dimes Canada does not want to dictate how this issue-challenge is to be addressed. “It has to be a collective effort of all organizations, agencies, municipalities and First Nations to be a success,” he said.

“We are undertaking this in a step-by-step process,” said Mr. Dumas. “We know there is a need for these services and people want a good transportation system. There are several steps that need to be in place before actual vehicles and structures are put in place.” He said plans are in play for the development of an adhoc committee and future meetings involving municipalities and First Nations to discuss the issue further. “At our first meeting we talked about developing a terms of reference, but this would be premature until we get more bodies, minds and organizations involved and providing their input.”

“We will be engaging the general public-community for its input and then if everything looks favourable then we can look at a feasibility study and do some number crunching as to what is needed in terms of dollars and where funding can be accessed. Then we would have to put together a business plan,” said Mr. Dumas. “A co-operative group effort is the best business model for a project like this.”

Mr. Dumas noted the challenges of transportation on Manitoulin, “were identified in 1952, 1970 and 2006, so the issue has been identified by many people and organizations. I know the March of Dimes working with disabled persons has a vested interest in transportation, to allow clients to get to their work place for instance. They identify this as the biggest disadvantage clients face with no vehicle or driver’s licence. A transportation system locally would make it easier for our clients to get to work, appointments and activities, and based on discussion with other Island groups, this is an issue across the Island.”

“There are some agencies-organizations that have found their own solutions in isolated areas for their own constituents,” said Mr. Dumas. “But if we can do this on an Island-wide basis we could possibly be the first island in Canada or North America to have a full-fledged transportation system in place,” continued Mr. Dumas.

“It’s too early to get into specifics, but we’re looking at for instance a standard bus route on the Island, chartered services and a concept like the Uber system in place in emergencies and last minute appointments,” said Mr. Dumas.

Along with March of Dimes Canada, other organizations-agencies represented at the first meeting of the group included the Wikwemikong Development Corporation, KTEI, Wikwemikong Tourism, Contact North, Lacloche-Manitoulin Business Assistance Corporation, Maureen Strickland and a representative of the Angel Bus. “There were a  total of  10 of us at the meeting and we had a good in-depth discussion, to start dialogue and discussion.”

“This transportation system would be for everyone on the Island,” stated Mr. Dumas. “We have over 13,000 residents on Manitoulin Island and our population grows about 200-300 percent in the summer, and people, not only local residents but visitors as well need more transportation options in place to choose from.”

“There are a number of steps we need to carry out, for instance to appease funding organizations,” said Mr. Dumas. He explained, “we will be doing a survey-questionnaire at the Manitoulin Trade Fair. We understand the Trade Fair has between 5,000-10,000 visitors go through its doors and we will be asking people if they support the idea of a bus and transportation system for Manitoulin and how much they are willing to pay for this service.”

“Here we are in 2017, transportation should not be an issue at all,” said Mr. Dumas. “This transportation system would include transporting people to and from off-Island locations for work and appointments for instance. I know of one case in which Wikwemikong families were trying to find a driver to take them to Toronto; they couldn’t find anyone so they had to cancel the trip. This is just one  incident and there has probably been hundreds of similar incidents since 1952.” He noted as well, “five to 10 years ago a private transportation program was developed in Wikwemikong to provide transportation to and from Sault Ste. Marie. For whatever reason they were not able to keep it going, but they had the right idea. We want to address this issue in an Island-wide approach to benefit everyone.”