MANITOULIN – Island recreational programmers are planning their winter offerings as the cooler weather creeps closer, with some having already decided whether or not to run and others seeking registration estimates to identify whether to attempt a season or not.

“I’m unable to dance in my old locations and I haven’t wrapped my head around yet if it’s safe to even do so,” said Maja Mielonen, who teaches youth ballet classes at her business, Classic School of Dance.

Ms. Mielonen normally conducts her classes in the upstairs of the Little Current-Howland Recreation Centre, which currently serves as Manitoulin’s COVID-19 field hospital.

Her winter-spring season this past year faced an untimely end during the March shutdowns.

“We were unable to do our big performance in the spring, which was sad because they’re huge productions and loved Island-wide. It would have been our 25th so we missed a milestone there—that hurt a bit,” she said.

Registration normally takes place near the start of the school year for the fall semester. Ms. Mielonen said she may attempt reopening for the winter semester beginning in mid-January, depending on how the province fares in the next few months.

Skating is another popular winter offering on-Island but its season remains undetermined at this time.

“We’re working with Reid (Taylor, manager of community services at the Northeast Town) to see when they’ll be putting the ice in. I know they’re hoping maybe by October if COVID is still (under control), but right now we’re just getting organized so we’re ready when the ice is,” said Abbie Drolet, head coach of Skate Canada Manitoulin.

That organization offers figure skating classes as well as a learn-to-skate program and powerskating lessons. Ms. Drolet said the basic CanSkate program is the first priority in the reopening.

“We have an outline of our coaches and a basic schedule. Once we know we have the ice, we’ll open registration and put a price to it. As the season gets shorter, the cost will get cheaper,” she said.

Ms. Drolet did not rule out the possibility of training on safe, frozen waterways this winter if demand for skating classes remains consistent and restrictions prevent indoor meetings.

Details of how to register for skating, as well as the dates for when registration and the season will open, will appear on the Skate Canada Manitoulin Facebook page.

On the hockey side, Manitoulin Minor Hockey Association (MMHA) and Manitoulin Panthers are planning to move forward in some way with their seasons, though details were not yet finalized when The Expositor contacted both organizations.

MMHA president Rob Dearing said registration for the hockey season is open until this Friday, September 18. At that point, the association will be able to determine if there is enough demand to try for a season.

The Island group is working with Northern Ontario Hockey Association to determine the best way forward into this season.

Manitoulin Panthers president Tammey McAllister did not respond to The Expositor’s inquiry by press time Monday.

Wiikwemkoong Minor Hockey Association’s Wiikwemkoong Hawks teams have withdrawn from MMHA’s season because of the absence of a COVID-19 vaccine and in respect of the community leadership’s protocols to minimize spread.

One offering that will proceed this year, modified for public health restrictions, is Manitoulin’s karate classes offered by Shihan Dan Fletcher. He has merged his Little Current and Gore Bay classes into a single location, Mindemoya, and has shortened the duration to allow for 15 minutes of sanitization between the three classes.

“We did Zoom classes at the start of the pandemic and everyone trained in my front yard over the summer. Now that school has started, we’ll be starting classes again next week, back inside,” he said.

For the first time since he began teaching, he has a waiting list for everyone beyond the 20-student limit in each class.

“Having a waiting list is disappointing for me because I’ve always wanted to share what I know with everybody,” he said, adding that his usual numbers of 95 to 100 students at the start of the year are down to 60.

Shihan Dan has worked with the public health unit to ensure all of his classes will be within regulations. Each student will wear a mask except for when they are in their designated space to train.

He normally has a number of black belts who assist with classes in addition to the four instructors. Instead, small numbers of those students will attend the classes on a rotating schedule.

If public school gets cancelled, Shihan Dan said he would cancel karate. He is preparing to revert to Zoom instruction but said it was challenging to hold students’ attention with the many distractions of home. 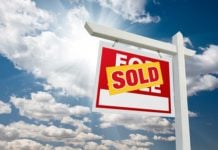 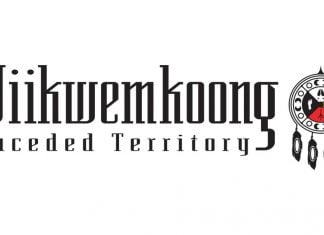 Tom Sasvari - April 9, 2021
GORE BAY - Municipalities will see a small increase in the 2021 Manitoulin Planning Board (MPB) budget. “Everyone should have received a copy of a...