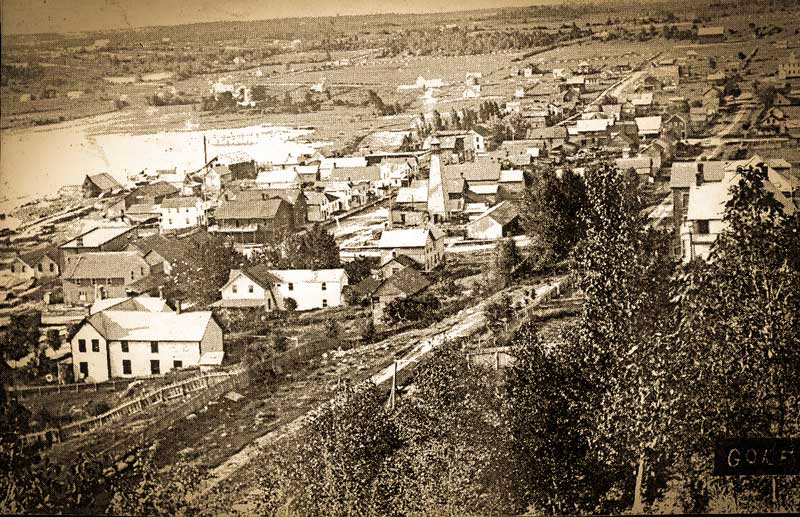 GORE BAY—The Town of Gore Bay will be officially celebrating its 125th anniversary on Tuesday, April 7, the date the town was incorporated in 1890.

“The reason we are holding the official kick off of the 125th anniversary celebrations is that April 7, 1890 is the actual day the town was incorporated,” stated Gore Bay Mayor Ron Lane in an interview with the Recorder last week. “The Ontario government had to pass legislation to incorporate the town, and it had to be passed in the Ontario parliament and declared.”

“So Gore Bay officially became a town legally in 1890,” explained Mr. Lane. “So the process of having a council and boundaries to create an official town was carried out.”

“The history of the incorporation and the town over the years is very interesting when you look back through time.”

Mayor Lane noted that J.R. McGregor was the first mayor of Gore Bay, serving the town from 1890-1891. He had become mayor when the town was first incorporated but remained in that capacity for only one year.

The grand kick-off for the anniversary celebrations will take place on Tuesday, April 7 from 12:30 to 2:30 pm at the Gore Bay community hall. A time capsule opening is one of the events that will take place, along with speeches noting the important events that took place in the formation of the Town of Gore Bay.

As well, a ‘Through the Years’ media presentation will be presented by Steve Maxwell during the celebrations.”

“Lorraine McDonald (on the 125th anniversary committee) had asked me to do a through the years media presentation, and my son Robert and I are very honoured and happy to have been asked to do this,” Mr. Maxwell told the Recorder. “We have had an unbelievable chance to see a lot of historical images-photographs and newspapers and articles about the town. As I sit here talking to you I have a terrific amount of stuff beside me, photographs, articles and newspapers.”

“I have a real interest in the history of Gore Bay,” said Mr. Maxwell. He explained the media presentation will be about three minutes long.

“It is interesting to see the changes the town has gone through over the past 125 years,” said Mr. Maxwell. “In some ways there has been a lot of changes, but in photographs, for instance, the town at that time is still recognizable as the Gore Bay we know now.”

Mr. Maxwell and his son are presenting the media slide show, with music and some commentary. “There is a real continuity in small towns,” he explained. “Where I grew up as a kid this was not present, but in Gore Bay people grew up, worked and stayed here, retired, and now many of the people in town from memories and their connections as kids and continued long term friendships.”

“It’s been a lot of fun working on this media presentation,” said Mr. Maxwell.

Local dignitaries including past mayors, council members and business owners will be present at the ceremony as will students from Grades 6-8 at Charles C. McLean. The day will also include the announcement of the winner of the town anniversary logo competition.

Readings will be presented of some entries from the poem, poster, short story contest being held, and it is expected some of those on hand for the celebrations will be dressing up in old-fashioned attire. There will also be an introduction of the oldest and youngest person living in Gore Bay, while cake, coffee, tea and juice will be served for all those on hand.