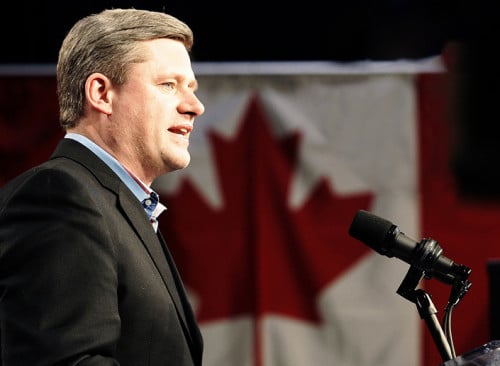 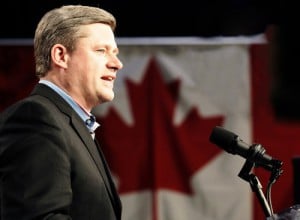 OTTAWA—Union of Ontario Indians Grand Council Chief Patrick Madahbee said he is not deterred by Prime Minister Stephen Harper’s “shenanigans”—cutting down his Tuesday meeting at the historical Crown-First Nations gathering to “a couple of hours”—and nor should the rest of the chiefs be.

The chiefs learned Monday at a gathering of the Assembly of First Nations that the Prime Minister would be limiting his time at the Tuesday gathering, choosing instead to bulk up the meeting with cabinet ministers in his absence, Chief Madahbee told The Expositor in a telephone interview Monday night.

“For some of us politicians who have been in this game a long time, none of this stuff surprises me,” he said. “It is what it is—the government is trying to keep the chiefs off-balance using tactics so we don’t get to the main issue.”

Chief Madahbee said while some of the chiefs were upset at having been seemingly sloughed off by the prime minister, he warned them to take the “shenanigans” in stride and focus on the issue at hand. In fact, rather than a late Monday afternoon sit down with Prime Minister Harper, Chief Madahbee chose to sit on a panel for CTV’s Power Play on its NewsNet channel. “I felt I would get more accomplished going national than sitting with the prime minister.”

Chief Madahbee told The Expositor Monday that despite some dispute among the 130 chiefs represented as to allocation among provinces, the Anishinabek Nation would still be granted its 10 seats. Island representatives include Chief Madahbee, Grand Deputy Chief Glen Hare and Sheguiandah elder Gordon Waindubence. He said Monday was spent “hashing around key messages” but that treaty relationships would probably be key.

During his time on CTV, Chief Madahbee told Canada he expects “more than just a photo op” out of Tuesday’s meeting.

“We need to be partners in the economic sustainability of this country, just like the treaties meant us to be,” he said.