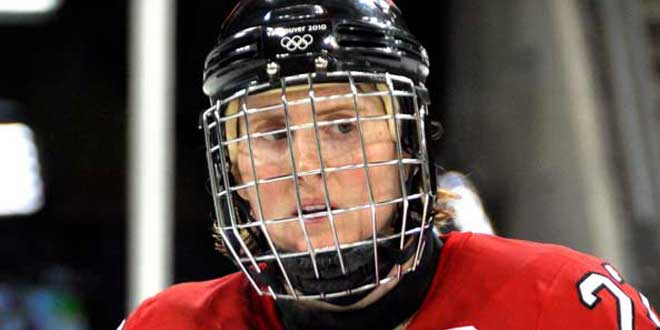 OTTAWA – On behalf of Prime Minister Stephen Harper and the Government of Canada, I would like to offer my most heartfelt congratulations to Hayley Wickenheiser, who was today named Canada’s flag-bearer for the opening ceremony of the Sochi 2014 Olympic Winter Games.

Hayley Wickenheiser is one of the greatest female hockey players of all time. Hayley has represented Canada at the Winter Olympics four times—winning three gold and one silver medal—and has twice been named the MVP of the Olympic tournament. She was also a member of Canada’s national softball team at the 2000 Olympic Summer Games in Sydney, Australia. I cannot think of a better athlete to present Canada’s colours to the world as she leads our athletes into Fisht Olympic Stadium in Sochi.

Our athletes are an enormous source of pride for all Canadians. That is why our government is proud to provide continued support for Olympic sports and our Canadian Olympic athletes who will proudly represent this great nation on the world stage.

As Minister of State (Sport), I wish all our athletes the very best of success as they prepare to represent Canada in Sochi, Russia. This is an incredible milestone in your sport careers and all Canadians will be cheering for you and your teammates in your pursuit of world-class athletic excellence at the Olympic Winter Games.