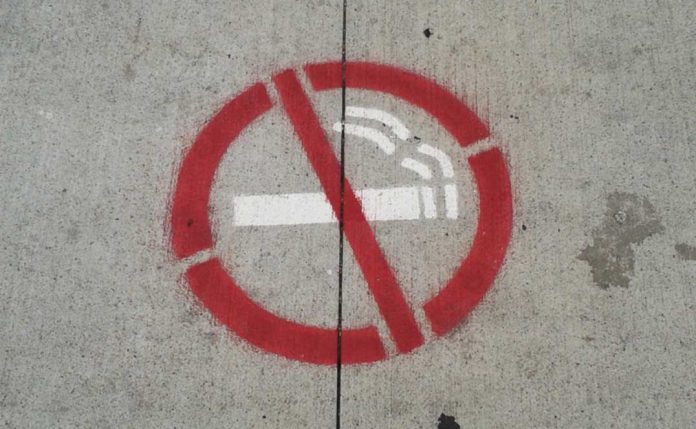 MINDEMOYA—The Sudbury and District Health Unit (SDHU) has made it known that it will take action to curtail and enforce no smoking at two local arenas in the municipality of Central Manitoulin.

“Do we have any answer on the smoking legislation issue?” asked Councillor Derek Stephens at a Central Manitoulin council meeting last week.

Municipal clerk Ruth Frawley told council that municipal staff had a really productive meeting with representatives of the SDHU recently and the SDHU, “is very interested in helping us out with our problem.”

As reported in the March 3 edition of the Recorder, council had contacted both the Ontario Provincial Police and the SDHU requesting that they enforce the no smoking legislation at its two arenas.

“What we are trying to do is discourage smoking in our arenas and provide for safety and health in the buildings,” stated Mayor Richard Stephens. Enforcement of the no smoking legislation in the local arena’s, “is the first step to eliminate the health and safety issues.”

Councillor Dale Scott said the municipality has received a lot of complaints about people smoking in the local arenas and within the nine metres boundary at the entrances into the buildings.

Council had been told it is the SDHU that is supposed to be enforcing the no smoking laws, but officers are not available on weekends.

“They (SDHU) are really going to work at it,” said Ms. Frawley, explaining an SDHU officer will be on hand for the annual Bradley McAllister hockey tournament taking place at the Providence Bay arena on March 24-26. The SDHU officer will be enforcing the no-smoking laws and talking to those who are smoking in the building or within nine metres of the building.

“The main issues are health and safety and the arena is a wooden structure,” said Mayor Stephens.

“It is a  work place, as there are several people that work there (in the arenas),” added Ms. Frawley.