MANITOULIN— Following last week’s editorial, ‘Health unit must step up to shine a light on blastomycosis ,’ calling on the Sudbury and District Health Unit (SDHU) to increase its public education on the disease and offering this newspaper’s support to do so, The Expositor received a call from the health unit on Thursday of last week.

Holly Brown, manager of environmental health with the SDHU, contacted this newspaper and explained that the SDHU has decided to up its game when it comes to news releases on blastomycosis, even though it is not a reportable disease. Ms. Brown agreed that the SDHU would work with the paper on this public health issue.

When asked if the SDHU is considering adding blasto to its list of reportable diseases, Ms. Brown explained that after some discussion with the health unit, it was decided not to be added to the newly updated piece of legislation on communicable diseases. This, she explained, is because blastomycosis is not endemic (prevalent) to all of the SDHU’s catchment area.

Currently, the health unit sends out advisory articles about a range of topics to all of the physicians within the area depending on the time of year, which will include blastomycosis. An article on balstomycosis will occur once a year, sometimes once every two years, Ms. Brown explained.

Starting next spring, the SDHU will send out a press release reminding people of the white fungus found in the earth and its potential for harmful effects, followed by another in the fall, reminding the public about the lengthy incubation period of blastomycosis and what symptoms to look for. These will coincide with notices to the physicians. “A dual-pronged approach,” Ms. Brown said.

It was a year ago this fall that Sheguiandah’s Gwen Young was battling with the yet-undiagnosed symptoms of blastomycosis and earlier this month, on Tuesday, November 17, that this same disease took the life of 40-year-old Robina Lee Kitchemokman-Owl of Birch Island, a mother of four and grandmother of three. Both women passed away while in intensive care at Health Sciences North in Sudbury.

Most people will likely come into contact with the fungal spore during the spring, summer or early fall, working outdoors, with wood or gardening. The incubation period of blastomycosis is usually between three and 15 weeks with symptoms often mimicking influenza with fever, chills, cough, muscle aches, joint pain and chest pain. An unshakeable cough is also most common, but it can sometimes also spread to the skin, bones and brain.

Ms. Brown recommends that for those who have been treating a cough with medicine, including antibiotics, which has not yet cleared that they think back to the summer months and recall any work done in the earth that could be suspect. If so, they should highlight this fact with their physician and suggest blastomycosis be considered for a possible diagnosis.

The SDHU was invited to give a presentation earlier this fall at the Centennial Museum of Sheguiandah on environmental health concerns, including blasto, but due to a lack of advertising, only six people attended—a fact that was disappointing to the three-member health unit team who attended.

It was agreed that a seminar on blastomycosis would be led by The Expositor this spring with the SDHU as its guests, along with members of the veterinary community on Manitoulin, to give a pubic presentation on the disease, what to look for, how to protect oneself and the symptoms in both humans and pets. 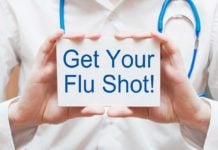 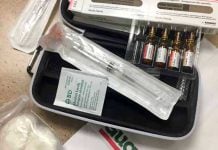 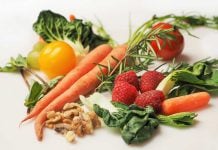 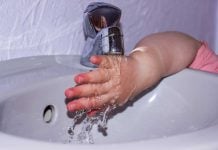