MANITOWANING – As Henley Boats’ popularity continues to grow across North America, and even the world, the 21,000-square-foot manufacturing plant in Manitowaning is in need of an expansion and the planning for this is currently underway.

Dave Ham, Henley Boats owner, tells The Expositor that he’s got some artists’ renderings and that plans for a 43,500-square-foot addition to the Manitowaning site are in the preliminary stages.

“Hopefully by this time next year we’ll be in our new space,” he says.

Henley Boats, touted as the “world’s toughest boat,” has been a manufacturer of welded aluminum boats for over 40 years and currently employs around 20 people. Mr. Ham says he sees that number rising upon expansion. The last expansion at Henley Boats occurred in 2009.

He says he envisions an assembly line type of manufacturing plant with the new expansion and one that would help to speed up the production process. He admits to being behind in his orders.

“I never thought I’d see a backlog like this but here we are,” Mr. Ham adds, noting that he is contemplating running a second shift at the plant to help move things along.

“I’m not getting any younger, you know,” he says of expanding the business at his age. “Oh well, it gives me something to do,” Mr. Ham adds with a chuckle. 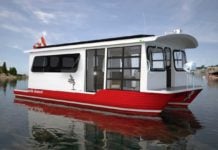 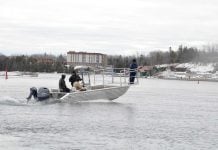 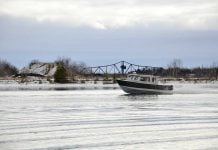