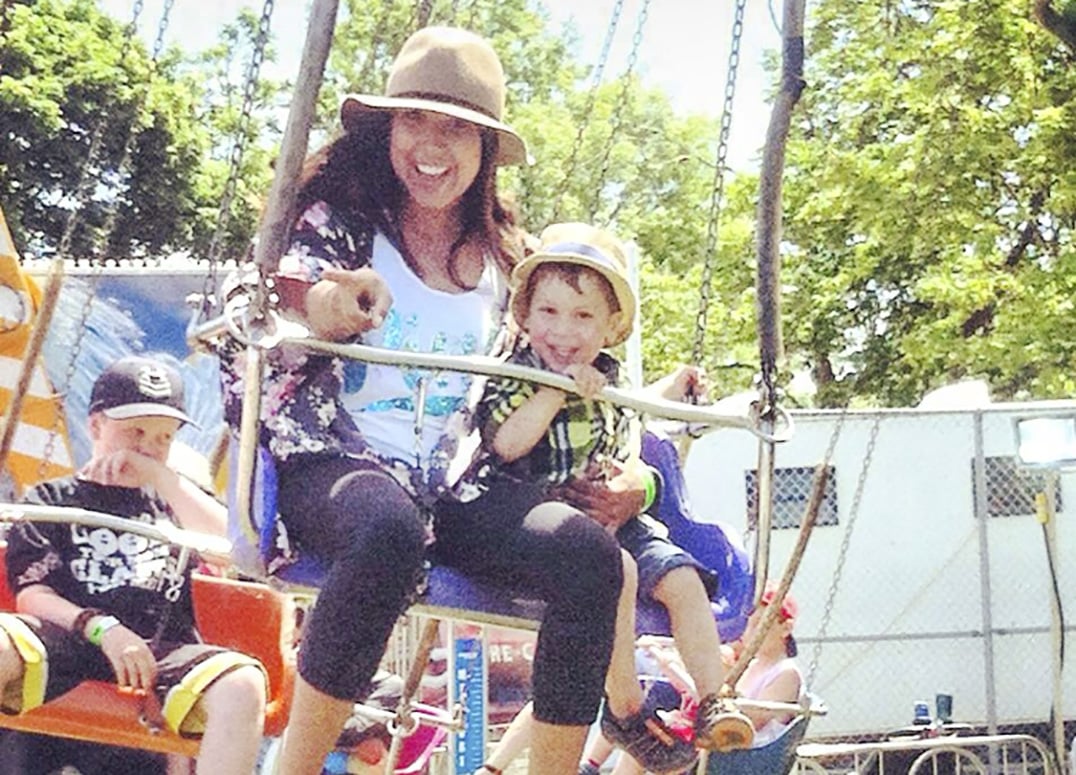 LITTLE CURRENT — It was during her high school years that Little Current’s Kinga Casson first discovered that something wasn’t right. Her hands and feet were swelling, she had a high fever and numerous other ailments that were hard to explain. It would require many long trips to the doctor and innumerable medical tests (she would spend her 16th birthday at Sick Kids for her first biopsy) before she learned that her kidneys were not functioning normally. Eventually, they would fail her completely, threatening to deprive her child of a mother.

“I was in boarding school in Parry Sound half-way through the semester,” she recalled. “That’s when it began.” The bloodwork she had done led to a number of initial diagnoses, rheumatoid arthritis, lupis and lyme disease. “Nobody knew what was wrong.”

It was Christmas that year that her adoptive parents, Brynn and Anne Casson of Little Current, decided to take her to the hospital for more bloodwork and urinalysis which revealed high protein levels and then, finally, she had a name to her nemesis— focal segmental glomerulosclerosis (FSGS),

At first Ms. Casson was determined to not let her ailment define her life. “Being 16 at the time, I didn’t want to figure out what the diagnosis meant,” she said. “I wanted to go on with my life and didn’t take any medication, except occasionally.” Grade 10 was fairly normal, she experienced few side effects. “I played sports, volunteered in Costa Rica, kept busy to keep my mind off the disease, but it was always there. I wanted to live life to the fullest.”

Denial only works so far, however. “By the end of high school I only had 50 to 60 percent kidney function,” she said. “That was at the first year of college and at the end of the first year I found out I was pregnant.”

It was devastating news for any 19-year-old. “I didn’t know what to do,” she said. “I was 19 and not ready to be pregnant.” But given her situation, she realized that she might not ever be able to have children in the future. In the end, she decided to forge ahead with the pregnancy despite the danger that might present to her own health.

She attempted to return to school in Barrie for her second year, taking aesthetics, and her doctor Michele Hladenewich specialized in high risk pregnancies. It was a very difficult part of her young life. “I was taking prednisone, steroids to keep the progression of my kidneys from failing,” she said. “There was a lot of swelling, insomnia, lots of issues that went along with that.”

Halfway through her first semester her doctor told her that she could not handle it. “I had to withdraw from school,” she said. Soon she was travelling back and forth to Sunnybrook Hospital in Toronto. “This is all while pregnant,” she said. High blood pressure, then low blood pressure and then gestational diabetes due to the high dosages of prednisone that led to her having to inject insulin two to three times a day.

Once her son was born it became clear that she would need a transplant—almost immediately.

Then came steady rounds of dialysis. Her son was born eight weeks early, the day after her own birthday. “Not long after having Jack I started to get really sick,” she recalled. “I had no appetite.”

It was six weeks until she started dialysis, from then on her kidneys were unable to handle the job of keeping her system clear.

Ms. Casson said that she was very lucky compared to a lot of people in the hospital.

She was put on a list for a transplant which happens “the day you start dialysis.” She was contending with these issues all while tending to a newborn baby, travelling to Sudbury twice a week.

“My mom was a big help,” she said. The support of her parents was critical to her being able to manage through these trying times. Ms. Casson would often find herself sitting in the dialysis chair while breastfeeding her baby.

The road ahead looked very difficult at this point. The waiting list for her kidney was at least three to four years. Then her doctor referred her to Toronto General Hospital. “They have one of the best programs in Canada,” she said. But it came with a catch—a six to eight year waiting list.

Her mother decided to get tested as a possible kidney donor. It was a long shot. “She isn’t my biological mother,” explained Ms. Casson. “There is tons of testing you have to go through and you have to be under a certain age. If you are 60 or 70-years-old, you can’t donate.” In a most serendipitous turn of events, her mother turned out to be a match. “Because we are not related by blood, it is extremely rare,” said Ms. Casson. “I would have been waiting for years.”

It still took a while, there were meetings with doctors and batteries of further testing that had to be done. “It was another three to four months after finding out (that her mother was a match),” said Ms. Casson.

In the end, the mother who chose to adopt her into her life wound up giving her the Gift of Life through the donation of a part of her own body. “I can’t express how grateful I am to my parents,” said Ms. Casson. “Without my mom I would not be where I am today.”

The experience gave her a very intimate connection to the act of organ donation and the impact it has on people’s lives. “One organ donor can save up to eight or nine lives,” said Ms. Casson. “There are roughly 1,500 people waiting for organs and about a third of those people die while waiting.”

“Think about it,” she said. “If something were to happen to you, you could do something so very important for so many other people.”

Ms. Casson’s son Jack is now two-years-old and thanks to her mother’s gift, Ms. Casson can hope to see him grow up, but the story is far from over.

Getting a transplant is not a cure, she explained. “The organ deteriorates and eventually you have to do it again. You might get 15 to 20 years. I am 22 now, it doesn’t last a lifetime. There is no cure.”

“People take life for granted,” she said. “But you could lose that all in a blink of an eye.”

Ms. Casson said that everyone should sign a donor card and make sure that their family understands their wishes. You never know if it will be you or someone that you love who will need that Gift of Life.

Learn more about becoming an organ donor by logging onto www.beadonor.ca/DonorRegistry today.