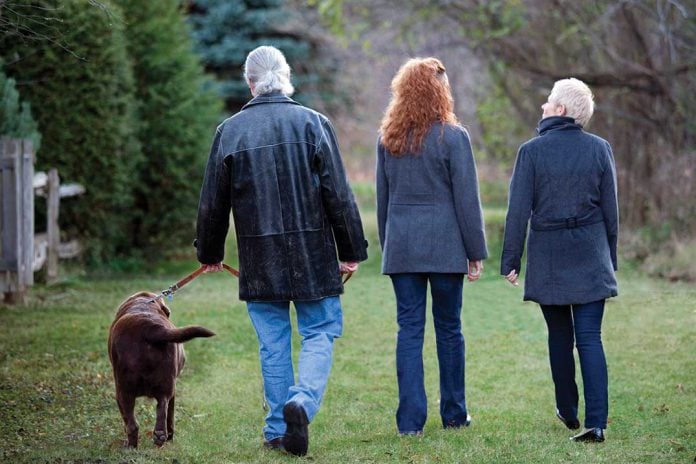 As was reported previously, council heard, for the second time in as many years, a deputation from John Royal encouraging council to consider the development of a dog park in Little Current. As part of the conversation, Mr. Royal gave three options to council: Sisson Park, the horse ring and Turner Park.

It was noted to Mr. Royal that council had already determined that Mountainside Estates (located behind the Manitoulin Flee Market) would be the best place for a dog park, but failing that would support the horse ring. It was agreed that a dog park would be supported by the municipality if it were volunteer-run and paid for, but the municipality would not take it on.

Following news of the potential for a horse ring-turned dog park, Ms. Moggy asked to speak with council.

Ms. Moggy articulately outlined the Horse Club’s concerns in several points: dogs digging holes means a safety concern to horses’ sensitive body structure; the potential for horse/dog encounters and therefore the potential for unpredictable and dangerous situations; dogs are predators and their scent could mean horses, as prey animals, may become unpredictable and agitated; and the addition of a snow fence could mean the ring would no longer meet American Quarter Horse Association standards, as well as horse safety concerns. Ms. Moggy also noted to council that the fenced-in tennis courts could be an ideal temporary location for a dog park.

“Many people naively think that horses and dogs go together because some horse owners have dogs as well,” she continued. “But horses and dogs must be very carefully socialized and acclimatized to each other so that they can co-exist safely. A horse that is unfamiliar with dogs may have unpredictable reactions to the presence of a dog.”

“Therefore it is the unanimous position of the Manitoulin Horse Club that we are not in favour of sharing the designated space that the members of the Manitoulin Horse Club have invested vast amounts of time and resources to create,” Ms. Moggy concluded. “These reasons on an individual basis do not constitute our decision but the fact is that they are cumulative in their nature and do pose safety concerns. We feel that any attempt to create a shared space will become an ongoing concern and is not a safety possibility.”

In a question prompted by Councillor Paul Skippen, Ms. Moggy gave a background on the donation of the horse ring property by the Collins family.

Councillor Bill Koehler said he would not be able to support a dog park in the horse ring and thanked Ms. Moggy for her deputation.

“Our biggest fear is that we will lose the space completely if we don’t act now,” said Ms. Moggy.

Councillor Mike Erskine asked how often the horse ring is used. Ms. Moggy admitted that it isn’t currently used very much, but plans are in the works to join forces with the Manitoulin 4-H Club to hold horsemanship clinics there next year.

It was also noted that any member can currently use the ring to practice.

Councillor Marcel Gauthier said he would not support the dog park in that location either.