We don’t know whether to refer to it as road rage, parking rage or possibly unhappy man rage, brewed up in the Hamlet of Willisville, occupied by about five homes.

Willisville where the Canadian icons, the Group of Seven, painted and whose names were used recently to save the La Cloche Mountains. There is something about outdoor artists that brings out the best in people across the world. My wife and I are established artists and have painted and taught outdoors across North America, Europe and New Zealand. That is what we do and have done for about 40 years! We are careful to stay out of everyone’s way, make sure we never interfere with any right of way, property, traffic and never litter. We often park on shoulders of town and village roads coast to coast, wherever we see beauty including road shoulders in parks such as Algonquin, Banff, Yosemite, the Ottawa Valley, Manitoulin, Haliburton, Muskoka, Waterton, to name a few places. We have had visits from police officers, troopers, park rangers, and citizens, and never been rebuked for being there or asked to move. We have never had any problems or have been unwelcome, until we came to Willisville on the Monday morning of July 11.

We painted there over the years on our own or with local artists, painting scenes the Group of Seven painted. We parked in the same spot, off the road surface on the gravel shoulder next to some concrete barricades, there for winter weather we presume. Since we had been there several years in a row at the spot about halfway up the road to Willisville and a half kilometre from the hamlet, we have always felt safe there, since traffic by locals is sporadic—one car per two hours on average. Sometimes drivers slow down to make small talk. It is usually a pleasant encounter especially in the land revered by the Group of Seven.

On the Monday, a car stopped next to us, the passenger window was lowered, and the driver began to subject us to an extreme abusive verbal attack. The rage that emitted from the man’s mouth was loud vehement and scary, amounting to an assault. Why were we painting there etc., and would we allow someone to paint near our house? To which I replied, ‘yes.’ His verbal rage increased. I politely told him we would be gone in an hour or so. Walking toward my painting to avoid problems, the man reversed his car several feet and increased his raging, threatening and seemed ready to get out and physically attack us. I feared he would attack if I said anything and backed away. We have never experienced such irrational rage in all our years; it was scary and idiotic abnormal behaviour. He reversed again coming even with me, continuing his threatening foul comments. I feared for my wife and told her to pack up. Apparently we had not noticed a small no parking sign, which had been placed well beyond the barricades in among the tree growth, and which had never been there before, and may have been put there for winter conditions. It is the only little sign on the whole kilometer-long village road. We were no danger to anyone and it is very unlikely a police officer going by would have even stopped. I wonder if there is a bylaw for it? Where it sits among the tree growth a yard beyond the barricade makes it hard to notice.

The La Cloche area is striving to create goodwill and attract tourism, but irrational rage won’t help by someone who we believe can’t be local. As one nearby restaurant owner said, one bad apple shouldn’t prevent us from coming back, but it scares us to paint there ever again, and our peers feel the same way! 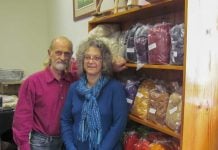 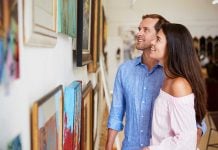 Sexual Assault: The Roadshow, an art and education project, on until October 26 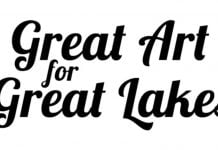