Taxing health and dental benefits could be on the government menu

If the reports are true and the government is seriously considering taxing health and dental benefits, then the notion that they have given hard working Canadians anything in the way of a tax break is standing on shaky ground. What began as a series of speculative reports that the government is looking at taxing these benefits took on new life when they voted against an opposition motion in parliament that specifically said they should not do it. Now Canadians will have to wait until budget day to learn if their health plans will be costing them.

It has only been a year since the government brought in their middle class tax cut that strangely rewarded Canada’s wealthiest 10 percent with half of all of the benefits. Now people who earn $45,000 and received nothing from that tax cut may become subject to new taxes on health and dental benefits, according to Conference Board research.

The government confirmed a review of health and dental benefits was part of a study of tax credits they asked academics to look at. While taxing these benefits may represent an opportunity to raise public revenues it is also a dangerous move.

Quebec is the only jurisdiction in Canada with this kind of tax. When those measures were introduced in 1993, 20 percent of employers in that province dropped their coverage, including 50 percent of small and medium sized enterprises. Keep in mind that the purpose of the exemption of private health and dental insurance benefits is to encourage employers to offer them to their employees in the first place. Part of the public benefit to this tax incentive is that these plans help keep our population healthy and our workforces productive.

Right now 75 percent of working Canadians and 22 million Canadians in total have access to health care under a benefit plan and would be affected by this tax policy. These taxes would particularly affect coverage of preventive care in services such as prescription drugs, mental health and musculoskeletal care. These are problems that could snowball if left unchecked and any money brought in through taxation could be lost to health care costs and reduced productivity.

We should also consider how these measures will not expand or improve services. Instead, they would jeopardize the coverage of millions of employees and directly contradict the Health Minister’s mandate to improve access to prescription drugs. Based on Quebec’s experience, if we impose this tax on the 13.5 million working Canadians, it will result in the loss of coverage for millions of them.

Public health care is part of the Canadian identity. We are encouraged to believe that no one wants for care because of what they can afford, but this is not always true. Dental and health benefits go a long way to making public health care an affordable reality for Canada. Messing with the tax status of these plans is a risky game that could leave more Canadians without additional coverage and is something the government should avoid.

Michael Erskine - June 23, 2021
Hers was the very definition of a life well-lived MANITOWANING - Throughout her long life, Jean McLennan was nothing short of an irresistible force when... 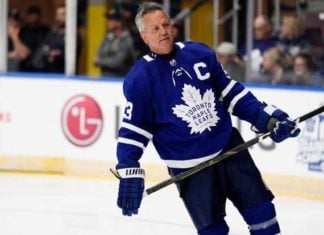