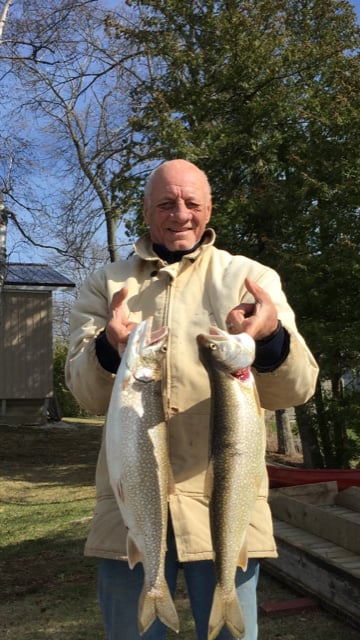 HOWARD A. NEVINGER
September 07, 1942 – April 02, 2022
Howard A. Nevinger passed away peacefully after his final duel with cancer. He is survived by his loving, supportive and devoted wife Susan (nee Laidley) and her children and spouses, Robert Allan (Ashley Moison) and Maggie Allan (Josh Bearss). Forever and always loved by his four children and spouses, Kim Vandervoot (Mike), Lynn Rose (Keith) and Dean Nevinger, their mother, Evelyn Patterson (nee Lamb) (prdeceased) (Wes), Carrie Martin (Will), mother, Judy Aubrey (nee Morris) (Ed). Son to Dean and Helen Nevinger (nee Shisler) of Fort Erie Ontario, (both predeceased). Brother to Bob (Maryann, nee Driver) (predeceased), Deanna (Bob Biller)( predeceased), Doug (Lois, nee Jackson) (predeceased). Brother-in-law to Ed Laidley (Mary), Karen Linley (Don), Shane Laidley (Beryl), and Earl Laidley (Rae). Howard was Grandpa Nevi, Grandpa Bite, Grandpa Darlin’ and Grandpa OhOh to 14 grandchildren and nine great-grandchildren. Plus more including those through his step-children Marc Claveau ( Monica Bobiak), Kim Long (Rob,) mother, Gloria Prentice ( nee Tucker) (Jim). Uncle to many nieces and nephews. Howard was a kind, happy, positive, live in the moment, get ‘er done type of man who lived with quiet faith. He was recognized and well known for his infectious laugh. Self taught and motivated he was very proud of the time he spent in the Congo as a peacekeeper with the armed forces. In Fort Erie, Ontario he worked in his father’s lumber yard, became a roofer then started his own roofing company. That led to becoming a builder/contractor and businessman. Howard had numerous other businesses including some wholesale gift and import companies. He experienced lifelong friendships through his work. He was very proud to become the keeper of “Nevinger’s Pond” in Fort Erie and enjoyed his geese and ducks. Howard had a gift of making people feel special. At the core though he was an outdoorsman, nature lover, woodcutter and fisherman. He excelled at sharing his knowledge and teaching others. These last 20 years on Manitoulin Island have provided deep love, joy and contentment. He enjoyed travelling from coast to coast in our country and visited almost every continent. He savoured simple pleasures such as music, watching sunsets, being in his boat, fishing, making kindling and above all else, sharing these joys with his wife, kids, family, friends and neighbours. There will be two Celebrations of his Life. One in Southern Ontario and one on Manitoulin Island. Dates to be determined. In lieu of flowers, and if you desire to make a donation, he requests it for the March of Dimes. This organization helped his family when he had polio as a young
child and he has never forgotten their support. But in his own words “to honour me… go fishing!”