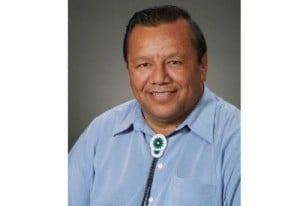 CANADA—Though the findings of a Federal Court Justice means a case regarding unequal funding for First Nations children will go before the Humans Rights Tribunal again, the Union of Ontario Indians (UOI) have concerns the process will drag on too long for kids already in the foster care system.

Justice Anne Mactavish over-ruled a finding by the Humans Rights Tribunal in which it dismissed a complaint from the Assembly of First Nations and the First Nations Child and Family Caring Tribunal in 2007. The complaint stated that unequal funding for First Nations services resulted in a disproportionate number of aboriginal children being seized and placed in the foster care system. It further noted that the lack of funding was an act of discrimination.

The provincial government provides funding for health care, education and social services to Canadians, but the federal government provides this funding to First Nations, rather than the province. In the original finding, the Humans Rights Tribunal said there was no discrimination because the two levels of government could not be compared to each other, a classic case of apples and oranges.

The two complainants appealed the finding, and the case came before Justice Mactavish, who stated in her finding that the Tribunal, “erred in failing to consider the significance of the government’s own adoption of provincial child-welfare standards in its programming and funding policies.”

Justice Mactavish noted that since the federal government provides money to the provincial governments specifically for the funding of health care, education and social services, the two elements could be compared. This returns the case to the Humans Rights Tribunal, where the complaint of discrimination will now be heard.

“We are certainly under funded,” Glen Hare, deputy grand chief of the UOI, said. The M’Chigeeng resident spoke to The Expositor earlier this week.

“We seem to be under funded by half,” he continued. “It’s not just child welfare, it’s education and health care and social services. We need to be on par with other kids in Canada. Why should we need to go to the UN (United Nations) for support, instead of our own country?”

“Jurisdiction is a huge issue,” Mr. Hare stated. “Our kids are all over the country, not just on reserves. There should be no line between our kids and other kids.”

Though the decision means the complainants’ case will go before the Human Rights Tribunal again, it doesn’t mean the tribunal will find in their favour, or hear the case soon, a fact that disturbs the UOI.

“We can’t wait for the government and the courts,” Mr. Hare said. “We need to act before it’s too late for our kids. We need to keep them out of the (social services) system and bring them home, if we can.”

He said the abuse and drugs available in the foster system, as well as a loss of First Nations heritage, are a big concern for the families who attempt to repatriate children from the Crown.

At present, there are three times more First Nations children being removed from their families today than at the peak of the residential school systems in the 1950s, the complainants state. According to research presented by the complainants in the original Tribunal documents, 60 years ago there were 8,900 First Nations children in the schools, compared to more than 27,500 children in foster care.

The government has 30 days from the decision to file an appeal.