There’s a new rove beetle in the world of science, and in celebration of Canada’s 150th anniversary, the researchers who discovered it have chosen a particularly special name for it: the Apimela canadensis.

The beetle was named and described in a recent science publication authored by Natural Resources Canada’s Dr. Jan Klimaszewski, a research scientist at the Laurentian Forestry Centre, and Dr. Reginald Webster, a research scientist based in Fredericton, New Brunswick, who collected the new native species.

The Apimela canadensis is a small rove beetle, about 2–4 mm in length, that lives in sand and gravel along the shores of rivers and streams. Four specimens were first discovered on a partially shaded cobblestone bar near the outflow of a brook in the Jacquet River Gorge Protected Area in northern New Brunswick. A fifth specimen was collected in a similar setting, in the Meduxnekeag Valley Nature Preserve, west of Woodstock, N.B.

While this beetle has so far only been collected in New Brunswick, it is one that is likely to be found in Quebec, and possibly even Ontario. The beetle will be included in an upcoming book by Natural Resources Canada’s Canadian Forest Service, featuring more than 400 Aleocharinae beetle species found in eastern Canada. 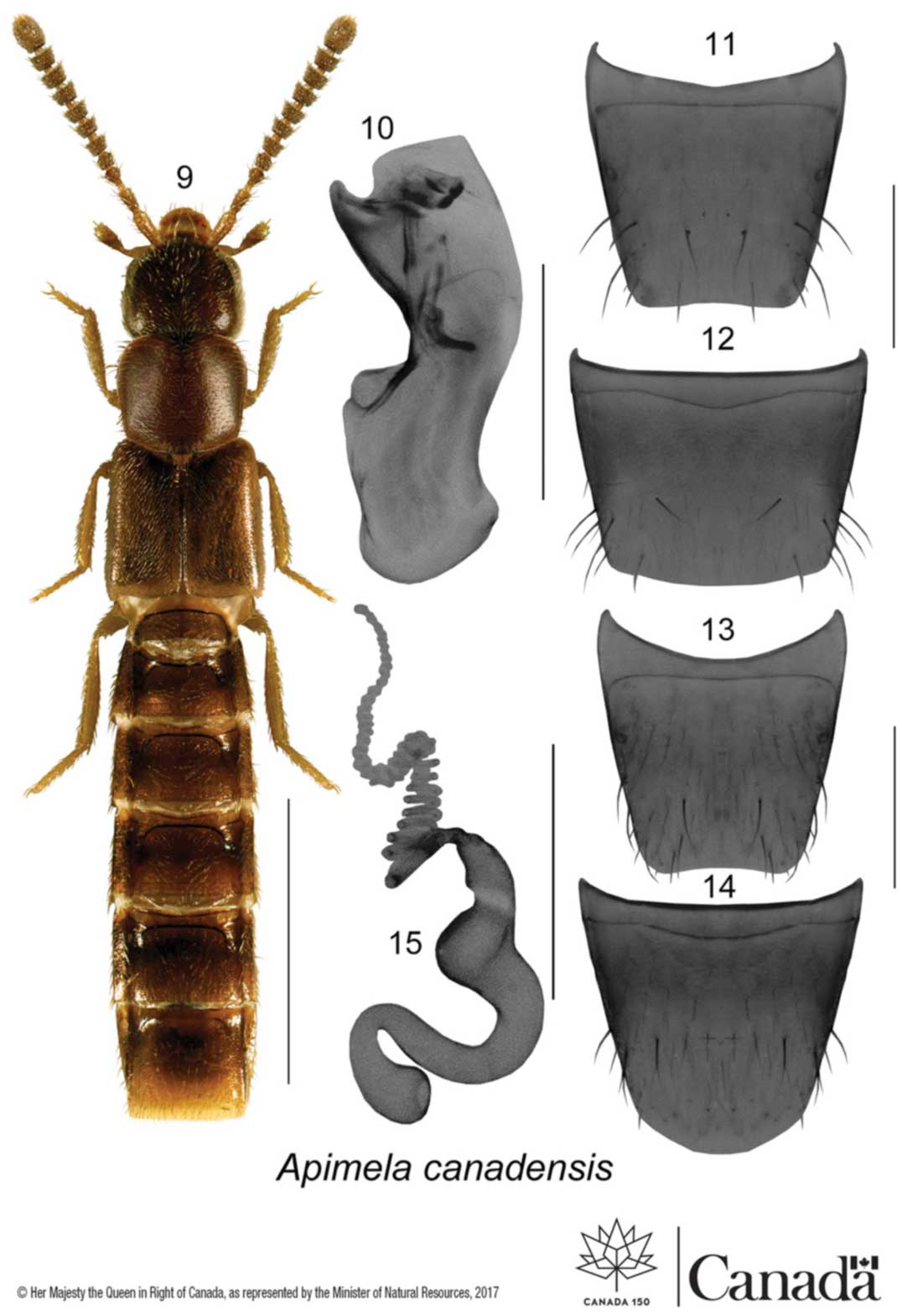