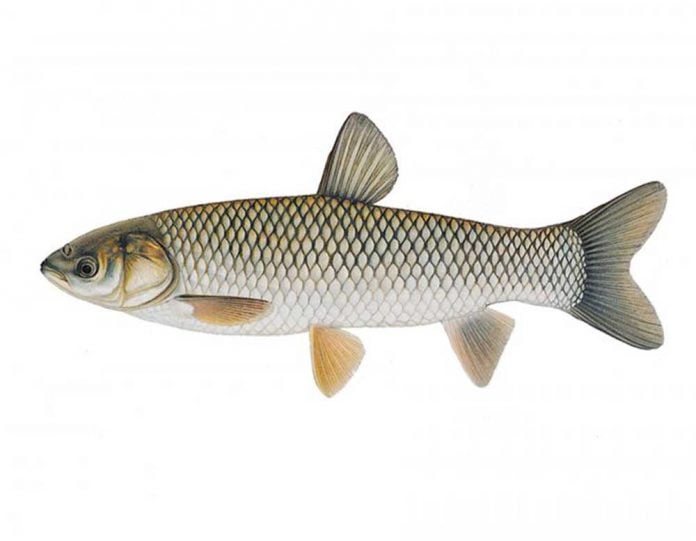 MICHIGAN – The Michigan Department of Natural Resources (DNR) says an invasive carp species has been found in a Michigan waterway that is connected to Lake Huron.

“This is not news that we need,” stated Marc Gaden of the Great Lakes Fishery Commission to the report.

Lab testing determined that the fish was diploid, or capable of reproducing. This is the first documented capture of a diploid grass carp in Lake Huron.

Following the capture, the DNR implemented a response action on March 23, before the “Stay Home, Stay Safe,” executive order (for COVID-19) was issued. The DNR used electrofishing boats in and near where the fish was caught. No additional grass carp were captured or observed. Additional response efforts were halted due to COVID-19 public health and safety advisories,” the DNR release said.

The release notes the DNR, “will work with partners from tribal agencies, the province of Ontario  and US and Canadian agencies in developing plans to conduct additional surveys in the Tittabawassee River and connected waterways when the 2020 field season resumes. Using ear bones, or otoliths, an analysis will be performed to determine if the grass carp was produced in Great Lakes waters or if it was of aquaculture origin.” These results are not expected to be available until this summer.

Grass carp have been prohibited in Michigan for nearly 50 years. Since 1989, only 13 grass carp captures have been documented in Lake Huron waters. Of the fish that were tested for reproductive status, all were sterile. The known captures include a grass carp caught by a recreational angler in the Tittabawassee River in 2013, the DNR explained.

The DNR annually conducts several fish assessment surveys in the Tittabawassee River and Saginaw Bay and to date has caught just one grass carp in these waters, suggesting that the likelihood of additional grass carp captures is low, the DNR release continued.

“In recent years, most grass carp captures have been from Lake Erie and its tributaries. No grass carp have been captured in Lake St. Clair. Recent studies have documented successful grass carp spawning in the Sandusky and Maumee rivers, both tributaries of Lake Erie. Because Lake Erie is the likely source of grass carp movement into Lake Huron, multi-agency intensive survey and capture efforts will continue in Lake Erie waters in 2020.

Mr. Gaden said the testing of this recently found grass carp in Lake Huron, “will take some time to complete. It is extremely rare to find fertile grass carp in these waters, and this is the first. The DNR is doing things right in dealing with this.” He added, “we are coordinating efforts with Canada to step up surveillance. We will be ramping up our work in Lake Erie this year, to remove as many grass carp as possible to prevent their establishment.”