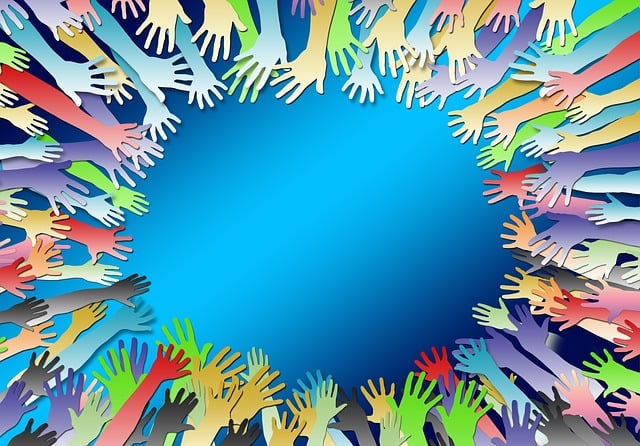 MANITOULIN—Island efforts to provide a safe haven for refugees from war-torn countries across the globe are quickly picking up steam following a September 28 Manitoulin-wide meeting held at St. Bernard’s Roman Catholic Church in Little Current.

Doctor Ben Quackenbush and organizer Linda Erskine sat down with The Expositor a few days after the community meeting to provide an update on where efforts are currently.

The actual needs of the committee at this point might be surprising to some considering the quick timeframe the organizers have been working under—largely thanks to the efforts of the Mindemoya Missionary Church and its outreach committee.

“We are not really in need of money,” noted Dr. Quackenbush, who is a member of the Missionary Church, reiterating a point he had made at the community meeting. “We currently have enough money to sponsor six families, what we really are in need of at this point are people who can step up to provide support for the families in integrating them into the community.”

Each family will require six to eight people who are willing to provide community support for the refugees in settling into the area. “We have the money to sponsor six families, but we don’t yet have the people to support them in integrating into the community,” noted Dr. Quackenbush.

“We reached a consensus that it would be best to work with the group that is already well on the way to getting this in place,” said Ms. Erskine. “There is no need to reinvent the wheel.”

The Missionary Church effort has allied itself with the Mennonite Coalition for Refugee Support, which has a list of pre-vetted refugee families that are already approved by the United Nations High Commissioner for Refugees and Citizenship and Immigration Canada, making the turnaround time for community sponsorship far shorter than the six-to-36 month waiting period commonly cited in the media.

“My understanding is it can happen much sooner than that,” said Dr. Quackenbush. “I understand the period can be as little as one to four months, so it can happen rather quickly.”

The community response at the initial meeting, given the short notice, was gratifying, said Ms. Erskine. “I was really surprised at the turnout,” agreed Dr. Quackenbush. “I had thought I was going to a meeting of three or four people.” Instead, the organizers walked into a church with more than 30 people in attendance from across Manitoulin.

The support needed for the effort will require more community support, however, and more community meetings are planned. Two of those meetings are already scheduled. The first will take place at 6 pm at the Mindemoya Missionary Church on October 26 and the second, again at 6 pm, October 27 will take place at St. Bernard’s Roman Catholic Church in Little Current. The location and time of a third meeting planned for Gore Bay had not yet been determined as of press time Monday. “Jack and Linda Brady (who were at the initial meeting in Little Current) are working on setting up that meeting,” said Ms. Erskine.

Local agencies have also indicated a willingness to help with the process. Susan Mullan, community legal worker with the Manitoulin Legal Clinic, has indicated that the clinic would most likely be able to assist with the effort in navigating the legal channels required to provide documentation such as driver’s licences, health cards and other documents the refugees will require to successfully integrate into the community.

The requirements to assist with the resettlement will also include finding employment for the refugee family members as well as housing and, quite likely, assistance in learning English as a second language.

One of the questions that arose at the initial meeting was “when there are so many people here at home that need help, why are we concerned about helping those overseas?” Dr. Quackenbush and Ms. Erskine each had a response to that query.

“The situations are fundamentally different for the people here in Canada and people who are living in refugee camps in Turkey and other places in the Middle East,” said Dr. Quackenbush. “While there is a social safety net here in Canada, those supports are not there for the people who are fleeing war and famine. Jesus called to us to love our neighbours,” he said. “It is harder to love those who are different than us, just as the story of the Good Samaritan illustrates.”

For Ms. Erskine the impetuous to assist is also deeply personal. “As a mother and grandmother, I could not imagine my family being in the situation these families find themselves,” she said. “I could only pray that should my children and grandchildren be facing the ravages of war and persecution that there would be people of good will in other parts of the globe who would reach out a helping hand to provide a safe refuge.”

It is not necessary to wait for those meetings to indicate a willingness to assist, however. “I have set up a Facebook page and an email,” said Dr. Quackenbush. The online references can be found by searching manitoulin refuge on Facebook or by emailing manitoulinrefuge@gmail.com. “I hope to have the references link to a survey where people can indicate what they can do to assist in the efforts and their time available to help support the families,” he said. Although the email and Facebook pages were not yet in place as of Monday afternoon Dr. Quackenbush was certain they would by the time the paper hits the stands, those interested in assisting are advised to check back or they can call Linda at 705-368-1357 or email at lmoshe7@gmail.com.