TORONTO—M’Chigeeng lawyer Susan Hare surrendered her licence to practice law effective August 15 following a regulatory meeting of the Law Society of Upper Canada held to “discuss” complaints filed with the society about her conduct in regard to Residential School survivor cases.

Ms. Hare maintains that her retirement was “already in the works” at the time of the hearing and was in no way a result of that hearing. “It’s fake news,” responded her husband Joe Hare when he answered the phone at the couple’s home.

Ms. Hare maintained that she had a number of “disappearing clients,” individuals who had contacted her office indicating that they wanted her to represent their interests, but that she had been unable to contact them following the initial calls.

“There were some elders up North who called my office,” she said. “They said they had talked to me, but had talked to my secretary. Then they disappeared out onto the land.” Ms. Hare eventually stopped trying to contact them, she said. The issue, she continued, was basically that the elders “didn’t understand how things work.”

Since she was intending to retire in any event, Ms. Hare said that she simply did not “want to fight with them” and instead just decided to “take the lump.”

“The members of the Proceedings Authorization Committee reminded the lawyer of her obligation to perform all functions in a timely and cost-effective manner, and in particular, the requirement that lawyers recognize limitations in their ability to handle a matter or some aspect of it, and take steps to ensure the client is properly served. The committee also noted that the lawyer’s duty of candour to her clients required her to inform her clients of information known to her that may affect the interests of the client in the matter.

“The members of the Proceedings Authorization Committee agreed that the discussion was useful. In addition to the Regulatory Meeting, the lawyer undertook to surrender her licence effective August 15, 2017.”

The Ontario Reports notation indicated that counsel for the Law Society was Margaret Drent, while Ms. Hare was unrepresented and appeared before the Regulatory Meeting in person.

Ms. Hare was philosophical about the outcome. “It is what it is,” she said. “It wasn’t a disciplinary hearing, but they give it out anyway.” 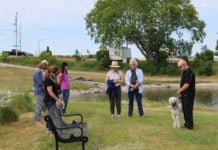 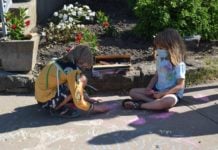 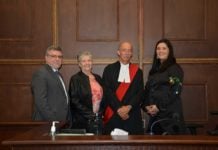 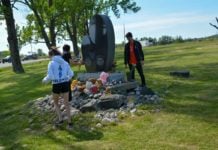