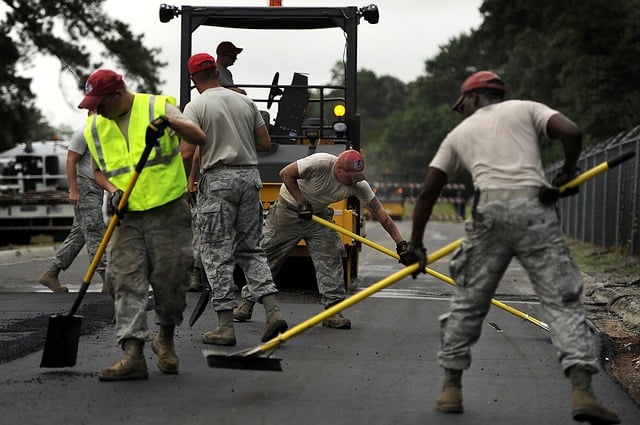 CENTRAL MANITOULIN—One sure way to tell the summer season is upon us is the presence of flagpeople, heavy machinery and construction signs on our roadways, warning of delays ahead.

“Work began May 19 and is scheduled to be completed by end of September 2016,” Mr. Rennie told The Expositor.

He noted that traffic will be down to one lane daily throughout the construction zone at various locations. Daily single lane closures will be controlled by traffic control personnel.

Rehabilitation of the  Mindemoya Creek Bridge on Highway 542 will involve reducing traffic to one lane over the bridge, Mr. Rennie continued. Traffic will be controlled through the installation of portable temporary traffic signals.

All grading, paving and drainage work on Highways 540, 542 and 551 is scheduled to be completed in November 2015 with the replacement of the Graham Creek Bridge scheduled to occur in 2016.

The contractor is Pioneer Construction with a tender value of $11,107,000.