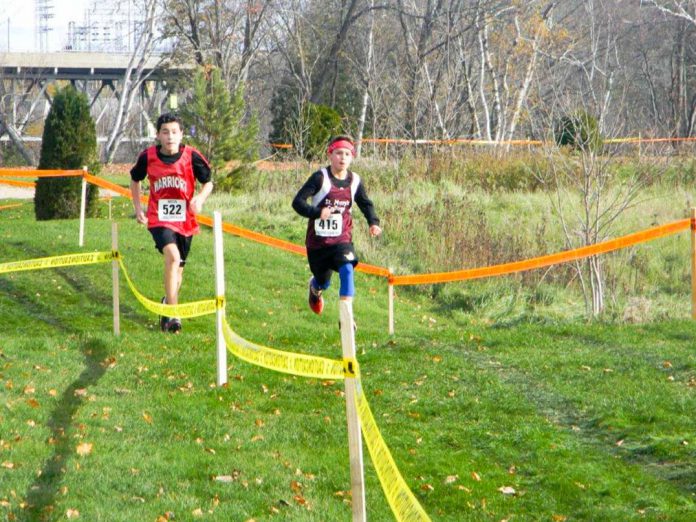 For junior girls’, Beth Wiwchar came in ninth with a time of 18:40, which qualified her for the Ontario Federation of School Athletic Associations (OFSSA) championship. Gabby Corbiere also competed in the junior girls’ and placed 17th.

Beth and James will be attending the OFSSA Cross Country Championships in Port Hope on November 5.

“Ian Dokum finished 21st out of 48 runners,” said Wikwemikong High School Cross Country Coach Marcel Recollet. “He also set a personal best time of 20 minutes and 44 seconds! What is incredible is that the midget boys ran a further distance at 5.25 kilometers. Ian was top runner representing NSSSA.  Novaleigh Pelletier finished in 56th place out of 66 runners. She also ran a further distance at 3.1 km compared to 2.9 km at NSSSA. All this within a difference of 10.62 seconds!  In the senior boys’ division, DJ Maiangowi also set a personal best under 40 minutes in the 7.4 km race. Geordan Lewis also finished strongly and showed a lot of competitiveness.  Congratulation Warriors for an excellent season!”