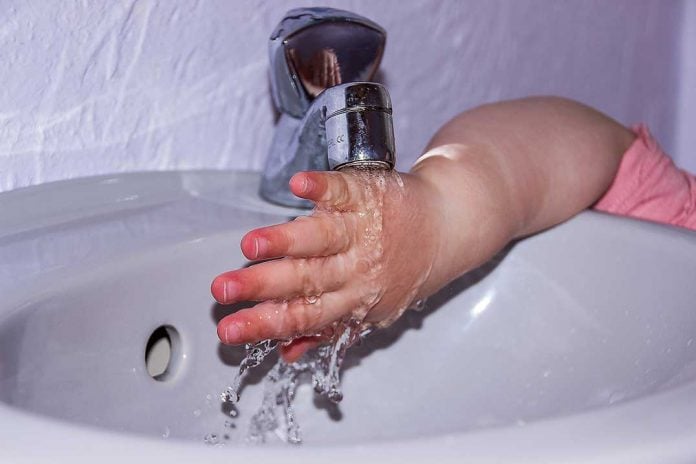 MANITOULIN—While two schools on Manitoulin Island, Charles C. McLean Public School in Gore Bay and Manitoulin Secondary School (MSS) in M’Chigeeng were listed among the more than 640 Ontario schools and daycares that failed lead tests in the past two years, measures have been taken to ensure all schools and daycares in the province have lead concentrations in water within provincial standards, say representatives of the Rainbow District School Board and the Sudbury and District Health Unit (SDHU). The RDSB has released water sample results for 2017 that show all schools on Manitoulin and the entire school board area are good, and within provincial standards. A representative says that one of the reasons for the adverse testing results previously was when the tests were taken during the summer when schools are closed and generally none of the water taps have been flushed each day.

A story in the October 6 Toronto Star explained that while Ontario is recognized as a North American leader for ensuring kids have safe water to drink, some schools have been found to have lead concentrations in water higher than the province’s threshold. This included one school in Cambridge and one in Milton where lead concentrations in water from individual faucets to taps tests results showed between 100 and 300 times higher than the province’s threshold of 10 parts per billion.

These type of statistics have never been released previously, and had been obtained by the Star. Ontario has the most stringent programs in Canada for monitoring lead in drinking water at schools and daycares, the Star reported. Only five percent of all facilities that submitted water lead tests between April 2016 and March 2017 failed to meet the provincial standard, and the province says that flushing taps by regularly letting the water run has in many cases effectively reduced concentration.

Ontario’s Education Minister Mitzie Hunter was quoted by the Star as saying,” every child in a child-care centre or school in Ontario is drinking clean, safe water.”

It was pointed out in the story that the vast majority of schools that had adverse results were taking from standing water and were good once water lines were flushed.

“The vast majority of schools and child-care centres have found no problems with lead in their drinking water. Where there have been lead exceedances, facilities must take immediate corrective action to protect children as directed by the local medical Officer of Health,” Ontario’s chief drinking water inspector Orna Salamon told the Star.

Norm Blaseg, director of education for the RDSB, told the Recorder late last week, “the test samples done on water in 2017 at our schools and daycares have been good; the lead concentrations are below the provincial standards. At C.C. McLean the results are far under exceedances. It is important to note that processes have, and are, in place as mandated by the province (Ministry of Environment) to do testing on a more regular basis. On Mondays at all our schools, all water taps are flushed for at least five minutes so there is no standing water in the faucets.”

Mr. Blaseg said TestMark Laboratories does standing water and after flushing tests in all RDSB schools. “If there are two failure tests done in a row then the school is mandated to flush the lines every day. Keep in mind, if there is a real concern, the test results go to the local health unit and they let us know what actions we need to take. If the health unit says the amount of lead found in a test is above exceedance and there is no way of controlling it at the time, that water line is bagged (covered) and no longer in use.”

“If you look at the test results for lead for the past three years, you will see the odd school getting an exceedance rating over 10 parts per billion,” said Mr. Blaseg. “But one of the main reasons for this is that these tests are usually carried out in late June or July, in late summer when the taps are not flushed on a regular basis. We will get the odd school that has a 10 reading on the tests,” said Mr. Blaseg.

“While some other schools and daycares have had tests that showed they were 300 times over the provincial standards for lead in the water, we have never had anything even close to that in our schools,” said Mr. Blaseg. “For example, at C.C. McLean one of the tests had a reading of 27.3 on the standing drinking water tests (in June 2016) for standing water, but after the lines were flushed the results showed the reading well below provincial standards (which is a similar story for MSS test results). Tests taken this past June at C.C. McLean showed a standing water reading of 12.17, but 2.17 after the lines were flushed so the water is good and clear.”

For MSS tests carried out by TestMark Laboratories Ltd. on June 25 2015, the results showed levels of 12.6 for standing water in the café kitchen and after the line was flushed it went to a reading of 4.55, while for 2017 all results have all been under the provincial standards.

Burgess Hawkins, of the Sudbury and District Health Unit, when contacted by the Recorder late last week said the 2016 and 2017 testing results were both good for schools on Manitoulin and within the RDSB overall.

Mr. Hawkins said one of the biggest reasons for any tests coming back with exceedances over the provincial standards “is that these samples are normally taken at the end of summer, after the water in schools and daycares has been standing for quite a period of time and are most likely to provide adverse test results.” But once the lines are flushed of the standing water the results are good.

“We know the water going into every school and daycare in our area is good based on the latest results,” said Mr. Hawkins. He said there was one hit (exceedance) reported in testing for MSS in 2017, for standing water, but once the line was flushed the readings dropped significantly.

“Definitely, we need to be transparent and provide the information on the testing so parents can see it,” said Mr. Blaseg. Water testing results for schools and daycares the past three years are available on the Rainbow board website, rdsb.com, or if you have concerns or want more information you can call the RDSB facilities department.