Facility in place to be hosted at Noojmowin Teg

MANITOULIN – Noojmowin Teg Health Centre received funding from the Ministry of Health and Long-Term Care (MOHLTC) for its sexual assault and domestic violence (SADV) forensic clinic, the first community- and culturally-based SADV clinic in Ontario, which is expected to launch as soon as September 2020.

“This clinic is the success of all Island victim services who have been advocating for such a service for well over 10 years. It’s a culmination of that effort,” says Noojmowin Teg executive director Pam Williamson, referring to the work of the Mnidoo Mnising Coalition against Domestic Violence.

The coalition’s mission is to support victims of SADV and advocate for their needs, as well as enhance education and awareness of the subject which has long been hidden from the fore of society.

This new clinic received funding confirmation from the Ministry of the Attorney General in January 2018 to run a sexual assault services program which would include a forensic testing component. However, by October of that year the ministry had asked Noojmowin Teg to reapply to MOHLTC because the clinic involved medical services.

After more than a year and a half, the funding for this program has been confirmed. Noojmowin Teg will soon be able to offer 24/7 forensic testing services on Manitoulin Island under the guidance of two full-time and on-call SADV nurses, as well as connecting victims to appropriate support and care pathways.

The existing service levels on Manitoulin mean if someone becomes victimized through SADV, they have to file a report with a local police service, receive medical care for any injuries they have sustained and then travel to Health Sciences North in Sudbury to receive forensic testing with a rape kit.

That testing is used to gather evidence for a trial, but the existing system can often cause heightened trauma for victims who face a drawn out and stressful process after already having gone through a deeply traumatic experience. In addition, the forensic testing is time-sensitive, meaning the process can be debilitating for victims to rush to be tested.

Victims may even decide to not go through with the current process of testing because of the challenges inherent in the existing model.

“That’s a day-long trauma, whereas if it’s here you don’t have that same burden. We also have the benefit of being able to roll out local supportive victim services right away,” says Ms. Williamson.

Noojmowin Teg already has a clinic set up with all the necessary equipment and supplies—such as cameras for evidence gathering—waiting to begin operating after the nurses complete their training.

In the current context of the global pandemic, Ms. Williamson says this clinic is, unfortunately, more important than ever.

“One thing we are aware of is one of the impacts of COVID-19, isolation and people having to stay at home, is there’s an increase in domestic violence,” says Ms. Williamson. “There’s an opportunity now to make decisions quicker and get service available to (victims) that’s non-judgmental.”

Although Noojmowin Teg is an Indigenous-focused health care provider, meaning victims with First Nation heritage will be able to access safe, culturally relevant support services such as healing lodges, Ms. Williamson stresses that this service is available and appropriate for people of all backgrounds.

Noojmowin Teg is in discussions with Manitoulin Health Centre. Although the forensic testing can be performed at Noojmowin Teg itself, the agencies are exploring using the hospitals as alternative sites if needed.

There are 36 existing facilities within the Ontario Network of SADV Treatment Centres, the nearest being in Sudbury, Sault Ste. Marie and North Bay. The network was established by the MOHLTC in 1993. 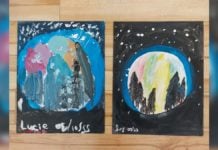 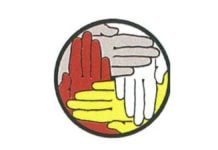