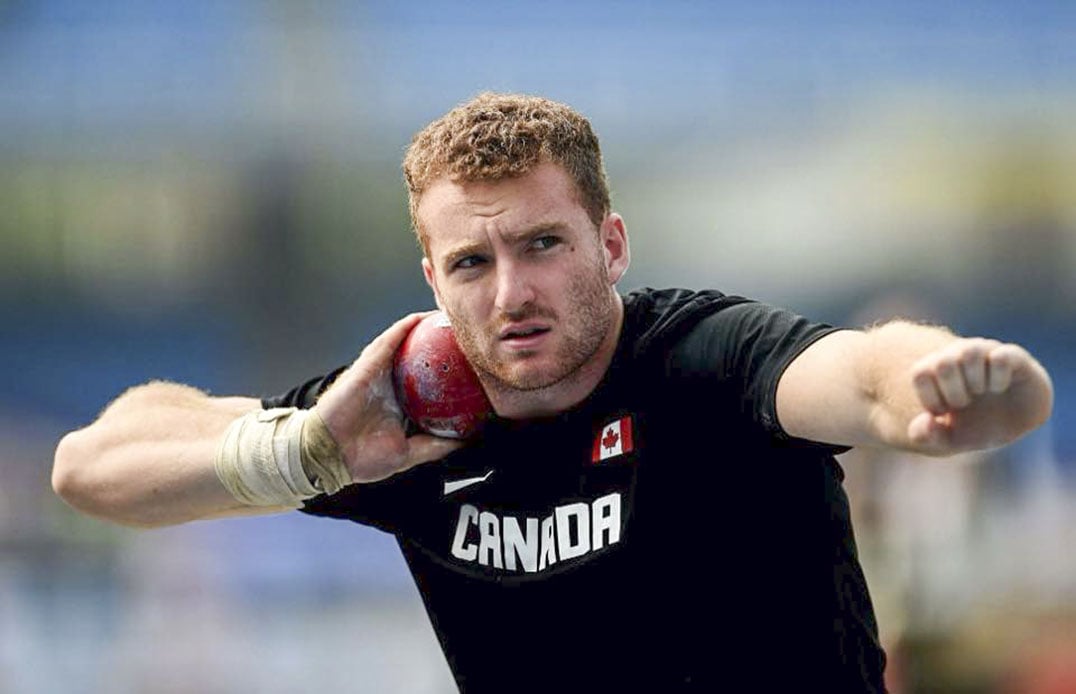 COLOMBIA— Seventeen-year-old shotputter Joseph Maxwell has just returned to Manitoulin this week after competing at the IAAF World Youth Championships in Colombia where he placed sixth in his under 18 division.

“It was a great experience and an amazing trip overall,” Joseph told The Expositor. “My best throw at the competition of 20.29 metres was a personal best for me so I was pleased.”

Joseph did well in the qualifying round with a best throw of 19.67 m placing him in fourth, but in the finals his throw of 20.29 m was beat out by USA’s Adrian Piperi who threw 22 m.

“I was really nervous before the competition,” revealed Joseph, “but as the competition went on, I got more comfortable. For the finals it was pretty special—there were 40,000 people in the stands. The energy was unbelievable. It was my first international competition and a really cool experience.”

Joseph explained that he arrived in Colombia with his Canadian teammates five days before the competition, and spent time training and even sight seeing.

“We did a lot of training ahead of time as a team, training twice a day the five days leading up to the start of the championships,” Joseph said. “We went out on a bus tour one day and saw some cool sights around the city and stopped at some souvenir shops.”

He shared that the two most special elements of the trip, beyond competing at a world level, was having his parents there to support him and meeting other athletes from across the globe.

“It was special meeting people from all over the world,” said Joseph. “I met a lot of cool people. Also, having my parents there was a big part of the trip. They are so supportive and it really meant a lot to me.”

Following his competition on the Wednesday (July 15), Joseph said he took time to relax and support his teammates. After flying back to Canada he said he also took a few days for himself in Toronto.

“I had a nice break for a few days after the competition but now I’m back to training, getting ready for the Canadian nationals in August,” he concluded.