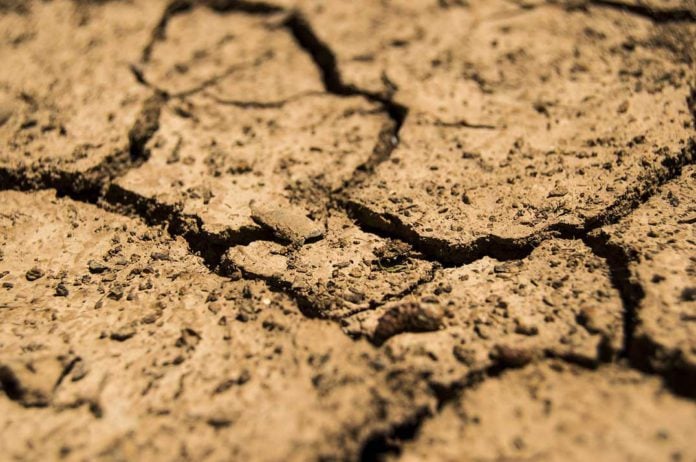 MANITOULIN—The shriveled up leaves, brown patches that once passed as grass and never-ending fire bans are just a few of the tell-tale markers of an abnormally dry summer on Manitoulin.

According to Environment Canada (which balked when this newspaper suggested the word ‘drought’), for the months of April through July, Gore Bay Airport (where the Environment Canada weather station is located) received 153 mm of rain.

“Normal for that period would be 249 mm, so you’ve had about 61 percent of normal,” said meteorologist Peter Kimbell. “Definitely a dry summer so far.”

(Due to a tight press deadline, Mr. Kimbell could not say if this is the driest year since 1923, but The Expositor is working on finding that information for the next issue.)

He told The Expositor that the last dry summer in recent years was 2012 when 161 mm was reported in the months of April to July (“admittedly with six missing days of data in April,” the meteorologist noted).

Mr. Kimbell explained that Environment Canada does not use the word drought, noting that this is more of an agricultural term.

Agriculture and Agri-Food Canada, however, does use the term and according to their latest interactive map, two-thirds of Manitoulin, and all of the West End, is experiencing ‘moderate drought’ with the east and south of Manitoulin listed as ‘abnormally dry.’

“Much of southern Ontario continued to experience patches of significant drought in July; the majority of the agricultural region was impacted by abnormally dry conditions for yet another month,” the Agriculture and Agri-Food Canada website states. “As of July 24, nearly 55 percent of the agricultural area in Ontario was impacted by very low to record low precipitation since April 1, 2016, affecting more than 17,000 farms and close to 1.5 million cattle. While certain pockets received good precipitation over the past month helping to alleviate drought concerns, such as west of Ottawa and west of London, a large pocket surrounding Lake Ontario remained in moderate drought. Drought conditions in Northern Ontario only shifted slightly, with some areas experiencing drier conditions while others improved.”