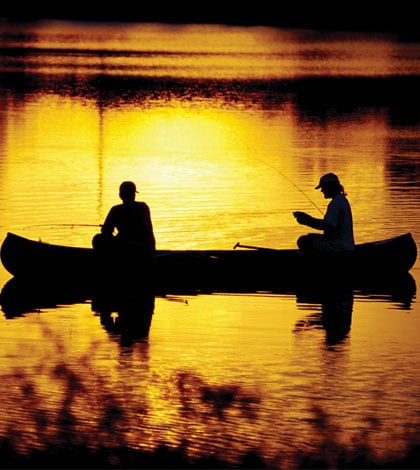 MANITOULIN—The United Fish and Game Club of Manitoulin (UFGCM) would like to advise members of the public of their recent decision to disband their club, effective March 31, and to work with the Gore Bay Fish and Game Club (GBFGC) to continue its projects.

“The UFGCM was started many years ago by Jim Sloss of Gore Bay; at that time Manitoulin had four other active fish and game clubs,” said Ian Anderson, acting chair of the UFGCM in a release. “Each of these clubs had some members join the new UFGCM as well and some members of the general public joined the club.”

Mr. Anderson explained, “one of the original objectives of this new club was to provide a unified voice for all of the fish and game clubs on the Island on issues that affected Manitoulin—from cormorants to white-tailed deer.”

“More recently, the UFGCM primary focus has been on rearing walleye to advanced fall fingerling size in submersible fish cages in Lake Kagawong with good success some years,” continued Mr. Anderson. They have also established micro-hatcheries in local schools, “to assist in the hands on education of our future sportsmen and women in the importance of our natural resources.”

Over the years, several of the other fish and game clubs on Manitoulin have become inactive and membership declined in the UFGCM, pointed out Mr. Anderson.

“To ensure the long term commitment of the walleye program and the  micro-hatchery program in schools it made sense to pool all resources and join forces with the larger Gore Bay Fish and Game Club,” said Mr. Anderson. “The UFGCM sincerely thanks all of its past and present members and the individuals and the organizations that have contributed in any way to the clubs projects in the past and we hope that this level of support will continue in the future with the Gore Bay Fish and Game Club.”