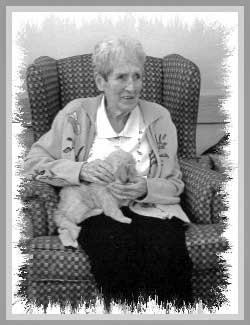 Jean Catherine Cunningham, a resident of Little Current, died peacefully at Manitoulin Health Centre on Thursday, June 16, 2016 at the age of 85. Born in New Glascow, Nova Scotia to the late Daniel Irving Fraser and the late Florence (nee McEchern) Fraser. Beloved wife of William Robert Cunningham. Loved mother of Deborah (Byron “Jib”) Turner and Daniel (Joyce) Fenton both of Little Current. Beloved grandmother of Natasha (Jason) Abotossaway, Angela Jean, Mathew, and Bettina. Cherished great-grandmother of Hunter, Carter, Piper and Daniel. She is predeceased by brothers Irving and James. Survived by her sister-in-law and friend Goldie Cunningham and great friend Charlene McNevin. Predeceased by in-laws Jean and Wilf Sabourin and Ralph Cunningham. Jean lived in Schumacker, Ontario until she went into nursing training. She graduated as a registered nurse in 1952 and has lived in Little Current ever since. She worked at the St. Joseph’s Hospital (later renamed the Manitoulin Health Centre) for 39 years and 10 months. Jean was active in her community as a member of the Manitoulin Health Centre Auxiliary, the United Church Women’s Auxiliary, the Channel View Drop-In and the United Church Outreach. She was also a palliative care volunteer. Family and friends gathered at Island Funeral Home on Friday, June 17, 2016 from 6 pm to 8 pm. Funeral Services were held at the Little Current United Church on Saturday, June 18, 2016 at 11 am. Burial followed at the Mountainview Cemetery. Donations to Manitoulin Health Centre Auxiliary would be greatly appreciated. If you would like to make a donation, you may do it online or bring a cheque payable to the charity of your choice.