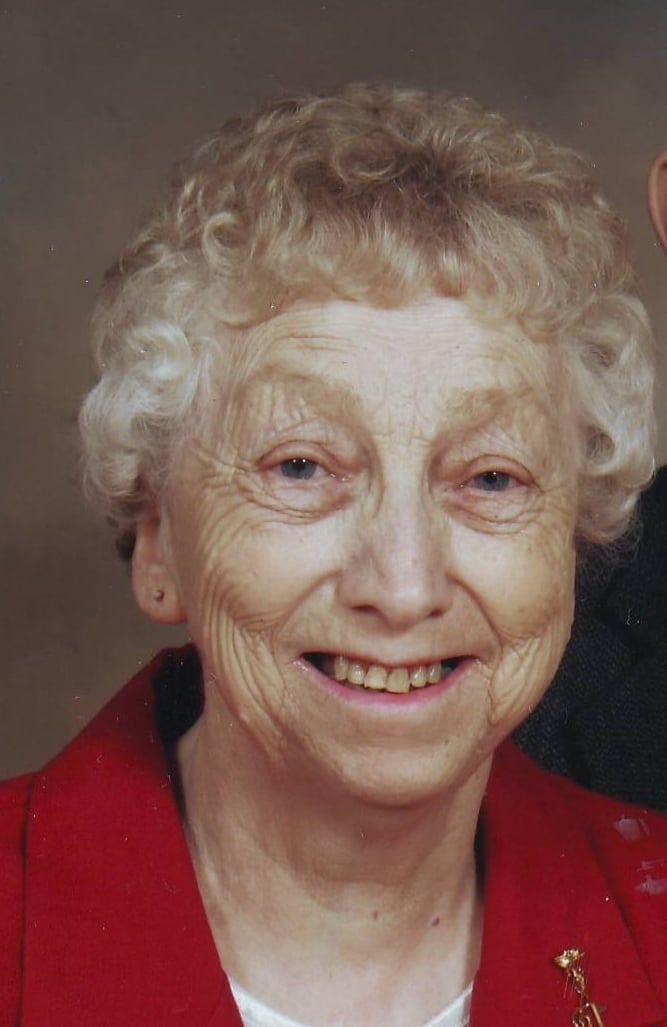 Joan Moody of Espanola passed away at the Espanola Regional Hospital on Thursday, April 6, 2017 at the age of 84 years. Beloved wife of Grant Moody of Espanola. Dear daughter of the late George and Florence (nee Martin) Holmes. Loving mother of Kimberly (Marco) and Bradley (wife Judy), both of Espanola. Very dear sister of Georgina (Bernard Spry), Wilfrid (wife Susan) and Lyna Holmes, all of Manitowaning, and the late Jim Holmes (wife Margery). Joan was a member of the Eastern Star Spanish River Chapter #237. Friends called at the Bourcier Funeral Home, Espanola on Sunday, April 9, 2017 from 2 pm to 4 pm and 7 pm to pm. Funeral Service was held in the Bourcier Funeral Home, Espanola on Monday, April 10, 2017 at 11 am with Reverend Cory Vermeer-Cuthbert officiating. Interment at a later date in the Hilly Grove Cemetery, Manitowaning. If so desired, memorial tributes may be made to the Espanola General Hospital Hospice or the United Church of Espanola. Arrangements by Bourcier Funeral Home, Espanola.