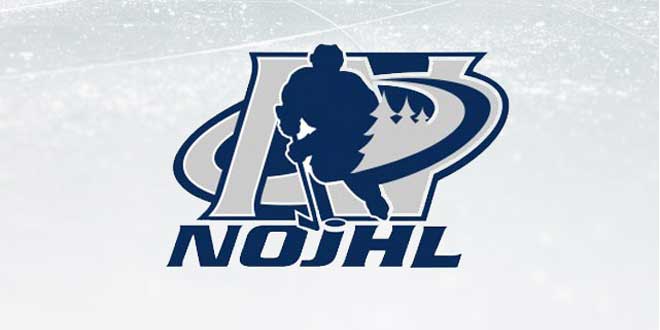 LITTLE CURRENT—With support for the Espanola Rivermen sky high in neighbouring Espanola and red hot as the Northern Ontario Junior Hockey League (NOJHL) franchise starts its best of seven series against the Sudbury Nickel Barons on a winning streak, the reception for another version of a Junior A hockey franchise is lukewarm in Little Current.

Last week Brent Cooper, originally from Little Current, and a Junior A supporter and friend of Rivermen owner/manager Tim Clayden, met with Northeast Town Mayor Al MacNevin to further the cause of seeing a Junior A team reinstituted in Little Current.

Mayor MacNevin said Mr. Cooper “was basically making the plea that it was a good idea, but that’s nothing new.” At the same time, Mr. Clayden sent an updated version of the facility agreement that was first sent to the municipality last month when the North Bay Trappers first announced it would be seeking a new home. However, the mayor explained of the updated agreement, “on the surface, it seems basically the same.”

“At the last meeting (when this idea of again hosting a Junior A team was discussed) staff was given a directive to not make it cost anything—in-kind or otherwise,” Mayor MacNevin said. “And there are no junior teams that don’t require something from the municipality.”

He spoke of the rink board revenue, which is currently maintained by the municipality but was first started as a fundraiser for the Manitoulin Wild.

“It’s kind of the chicken and the egg thing,” he said. “There is no revenue (from signboards) without junior hockey.”

Mayor MacNevin explained that there are currently about one dozen rink boards in use at the arena, but when Junior A hockey was in play there were 20 more creating revenue. This spurred a “huge political debate” among the user groups as to why only the Junior A team should collect that revenue.

With direction to make sure a Junior A team will not return at a cost to the municipality, “in my mind, that puts us into an almost impossible situation.”

“The ball is in their court to meet with the user groups and hammer out a deal so that they don’t come back to the municipality,” the mayor said.

In previous years, the Junior A team would receive the same block rate as the other user groups, like Skate Canada Manitoulin and minor hockey. This, the mayor explained, results in an approximate $100,000 loss in revenue each year.

“I don’t disagree that a Junior A team is a valuable thing to have in the community, but they need to prove that to the user groups and that’s where they need to do their homework,” he said. “They’re going to have to convince not only us and the user groups, but the general public and the people who will be buying season tickets as well.”

“I think the bulk of the council have a bad taste from the last venture and I think the user groups do too,” the mayor added. “Coming to us right away with no support is a tough go.”

The Expositor spoke with Lori Clark, president of Skate Canada Manitoulin, who said she wasn’t willing to comment on behalf of her organization when they have not yet been approached by Mr. Clayden about the possibility of a Junior A team.

“If a meeting is held, we will hear them out and regroup as an executive to make a decision,” she said, noting they are waiting to see if they get a call.

Craig Abotossaway, president of the Manitoulin Panthers, said he is in favour of a Junior A team in Little Current both personally and as head of the Panthers.

“I’m always in favour of any level of hockey on Manitoulin Island,” he said. “It helps to create an interest in the game and sees kids striving to get to those higher levels.”

“As long as it doesn’t take away from figure skating, minor hockey or the Panthers, then I’m in favour,” Mr. Abotossaway added.

Brad Bond, coach of the Manitoulin Secondary School Mustangs, which has its home games on Friday nights in Little Current, was receptive to the idea, according to Scott Ginson, vice president of operations of the Rivermen, and has agreed to send the Northeast Town a letter of support for a Junior A franchise.

Mayor MacNevin said that in the first year of the Manitoulin Wild, now retired manager of community services Greg Wright called a meeting between all user groups and had them come up with a workable schedule between them. “As it died off, nobody remembers how good it was that first year.”

Mr. Clayden told The Expositor in an interview last week that he would be seeking out meetings and letters of support from the four user groups in question and thought the revised agreement given to the municipality was “well received.”

Should the Rivermen require a game five in its playoff series against the Nickel Barons (scheduled for the Little Current arena this Friday, March 21 at 7:30 pm and decided tonight, Wednesday, March 19) and the team receives a full-house of Manitoulin support, Mr. Clayden will be pleased to continue his fight for a return of Junior hockey to the Island. “But if there’s no interest in game five, then I might as well just give up,” he added.