KAGAWONG – A free summer project in Kagawong will connect 14 participating youth with professional artists to create a performance piece that draws its inspiration from the land and water of the Kagawong River Trail, with the final project to premiere at this September’s 4elements Living Arts Elemental Festival.

“This is about creating more opportunities for performing arts and drama for teens on the Island,” said Kagawong River Stories project co-lead Lisa Hamalainen. “It’s about reconnecting with the community, with home, and we wanted to do something that engaged youth growing up on the Island.”

The main portion of the program takes place over two weeks in early August, when participants aged 14 to 25 will spend four hours each weekday working with artists to build performing arts skills and engage in creative exploration, while co-lead and cultural co-ordinator Shelba Deer will be including Indigenous cultural practices and ways of connecting with the land.

The two have collaborated since their first shared project at 4elements Living Arts five years ago.

The activities will include creative writing, drama storytelling, games and activities, as well as cultural practices like smudging, semaa (tobacco) offerings and water teachings.

“It’s to decolonize the creative process so the project isn’t only constructed in a colonial way of running things. It incorporates Indigenous perspectives and ways of connecting with the land from (Ms. Deer)’s culture,” said Ms. Hamalainen.

Ms. Deer is Anishinaabe-Onkwehón:we (Mohawk) and is from Sheguiandah First Nation, where she serves as the community’s wellness promoter and organizes ceremonies and celebrations.

The group is also hoping to include conversations with elders and with conservation groups like Manitoulin Streams. Ms. Hamalainen will serve as the performance director of the project.

At the outcome, each participant will write a short poem or story and put it together in a story walk, so at this year’s Elemental Festival, the audience will follow performers along the trail and take in small installations along the path, including a musical component, with a campfire gathering at the end.

The organizers said they hope there will be both Indigenous and non-Indigenous participants, who will gather a broad understanding of arts, the land and their connection to the world through the program with its aims of bringing teaching, healing and awareness to youth.

“(The spiritual teachings) will help them get more in-depth with it, so they can get connected on a deeper or spiritual level,” Ms. Deer said.

Ms. Hamalainen said the project was meaningful to her because she grew up in Little Current and did not have many opportunities to explore her passion for acting until she moved to Sudbury for high school and then onward to places like Russia.

“I know what it’s like being a teen on the Island, being a kid on the Island. There’s more programs now than there were when I was a kid, but I just want to support the community and bring what I learned home,” she said.

Ms. Deer said now, more than ever, it’s important for people to learn how to co-exist with Shkagamik-kwe (Mother Earth), especially in the midst of the climate crisis, debates over pipelines and questions about co-operation. She also said she hoped youth would find their voices through this project.

“These teachings teach you how to respect yourself and have love, truth and integrity with yourself. When you have that type of stuff within yourself, it also teaches you how to have integrity, respect, love and truth with everything else in life,” Ms. Deer said, noting that the facilitators would likely learn about themselves during the process, too.

This year’s Elemental Festival runs from September 25 and 26; Ms. Hamalainen said she hoped there would be at least two performances at that time.

The project outline notes that there will be support for meals and transportation for the participants and the hope is to contribute and encourage more live performance arts and theatre in the area.

Ms. Deer has been involved with Ms. Hamalainen’s projects in the past, including ‘There is No Word for Wilderness’ in 2018 and 2019 and other projects with 4elements Living Arts.

Ms. Hamalainen is a free-arts advocate who has been involved with 4elements since 2016. She has a long list of past projects that she has helped to put together around the world.

Kagawong River stories is free for participants, though space is limited and 4elements recommends registering early to avoid disappointment. For more information and to register, email kagawongriverstories@4elementslivingarts.org or call 705-282-0444. 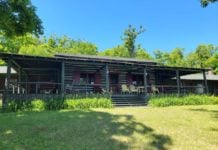 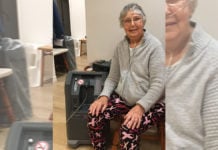