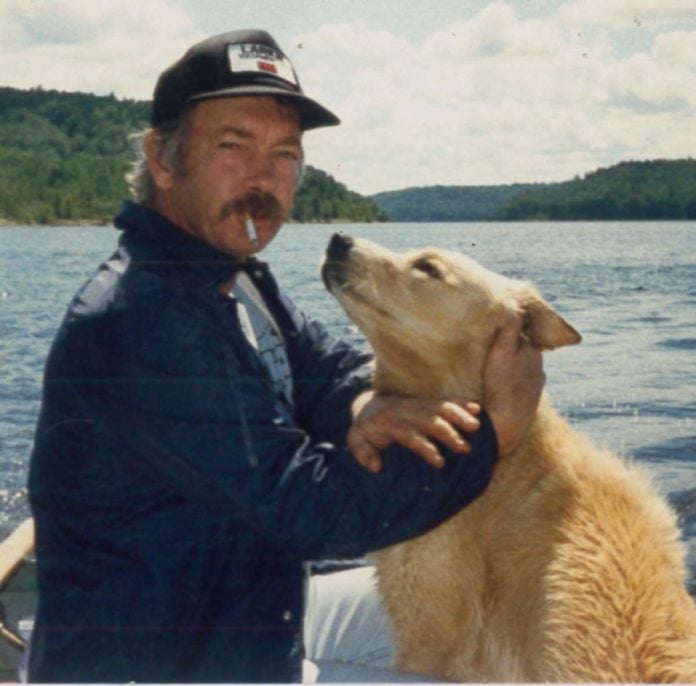 KENNETH EDWARD GREEN
1944 – 2021
On September 30, 2021, Kenneth (Ted to most) in his 77th year, passed away suddenly at home in Sheguiandah, Manitoulin Island. Ted was born in St. Thomas, Ontario on August 17, 1944. In 1966 he married Arlene Whitaker and within a 15 year marriage they had two children, Jeff and Wanda. For the last 33 years he was a beloved partner of Joyce Bailey and a proud and loving father and stepfather to Jeff (Cheryl), Wanda (Jody), Holly (Mark), Christy (Michael) and Clifford. He had many grandchildren who loved his company as well – Aaron, Isaac, Adam, Destanie, Liliana, Cosmo, Cassandra, Bianca, Shyanna and Calleigh. Ted’s nearby cousins, relatives and friends also looked forward to sharing many good laughs and a cold beer or two. He was always quick to lend a hand to those in need and would go out of his way to help them. As a young man Ted had many hobbies and interests. He enjoyed water skiing on the Grand River, scuba diving and stock car racing. He was a true country boy at heart and always loved and appreciated nature. Every season had its attractions whether it be fishing, hunting, boating, snowmobiling, camping or ATVing. Ted also had a special bond with his pets. He adored his Golden Retrievers, his cats and even his tamed chipmunks. Ted became a licenced mechanic in 1966 and worked in Hamilton for several years before moving to Lindsay, ON. He worked there until 1982 when he finally moved to the Island. After moving north, Ted worked as a mechanic for many years at Acme Motors. He eventually changed paths and did plumbing and electrical for Paul Batman until his retirement at the age of 65. Paul and Ted became very close friends. Ted was always drawn to Manitoulin as his parents, Violet McDougall (Manitowaning) and Rexford Green (Kagawong) were born there. Many of his summer vacations were spent on the Island from the time he was very young and Ted always felt he belonged there. A public visitation will take place on Wednesday, October 6, 2021 from 6 to 9 pm at Island Funeral Home in Little Current. A private funeral will take place on Thursday, October 7, 2021. It will be followed by a burial service at 12:30 pm at Elm View Cemetery in Sheguiandah where family and friends are welcome to attend. Please share your thoughts, memories and photos at IslandFuneralHome.ca.