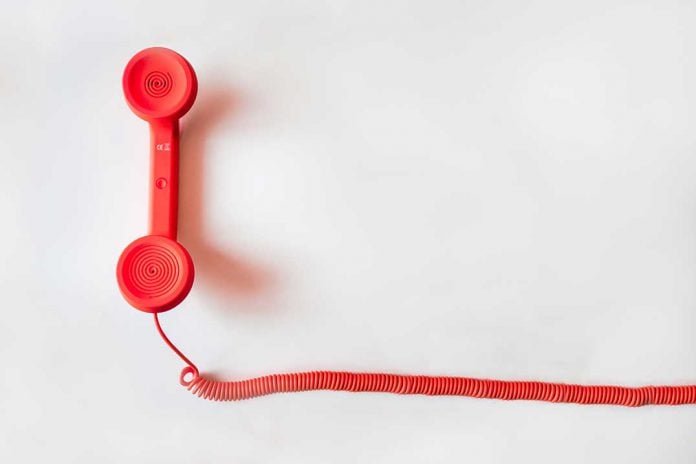 “We’re excited to offer Indigenous youth and adults more choices in how they can access mental health support. Discrimination in health care is a very real barrier for Indigenous people and although all our services are free from discrimination, this will help make Kids Help Phone services even more accessible and appealing to First Nations, Inuit and Métis people,” said Deanna Dunham, manager of Indigenous initiatives at KHP.

In 2018, KHP launched its crisis text line. Users text the word ‘CONNECT’ to 68-68-68 from a cell phone and get connected to a volunteer crisis responder.

Millions of children have used KHP services since its phone line launched in 1989; its text line has been especially popular. Earlier this year, as shared in the April 1 edition of The Expositor, KHP issued a call for volunteers, especially those who identify as Indigenous, to serve as crisis responders on the text line.

The organization has since built a large roster of Indigenous volunteer crisis responders, enough that on October 1 it launched an option for texters to request to speak with someone of Indigenous descent.

“There are situations when people are facing issues such as discrimination or when they would benefit from traditional knowledge. For those situations, it’s best to talk with someone who can better understand the situations they’re facing,” said Ms. Dunham.

The process of requesting an Indigenous crisis responder begins by texting the line in the usual way. Users then text either FIRST NATIONS, METIS or INUIT and will be connected with a crisis responder who has self-identified as belonging to the respective group.

Demand for KHP services has increased rapidly during the COVID-19 pandemic but many more people have also applied to become crisis responders. The organization has temporarily begun to only process applications for Indigenous crisis responders in order to support this program, due to the high number of applicants.

The need for such a service in Canada has been proven through engagement sessions with Indigenous youth and community members. More than half of the participants across four such sessions said they would prefer to get mental health support from an Indigenous person.

Elders especially agreed that “mutual Indigenous experience and worldview in therapeutic relationships are important factors needed to appropriately respond to the intergenerational impacts of residential schools and related experiences of colonialism,” according to ‘Finding Hope,’ a May 2020 KHP report.

However, this was not a universal answer. Many shared that a volunteer’s background is irrelevant because they should all be trained the same. They also said it would be best to avoid receiving support from a volunteer in one’s home community because of potential privacy concerns. Others felt uncomfortable self-identifying as Indigenous.

These factors led to the new system being presented as an opt-in model, where those accessing the text line can decide for themselves whether they wish to access general support or culturally specific help.

“A distinctions-based approach, which recognizes the unique histories, cultures and issues of First Nations, Métis and Inuit peoples is an important aspect of the supports we provide,” said Ms. Dunham.

Since the program’s launch, user feedback has been positive. One recent texter consented to sharing their feedback and said the Indigenous support was a major help.

“You really calmed me down and were such a great supporter. I’m happy I could talk with you, a fellow Indigenous person. You really, really impacted my night; I’m so grateful for that. You are a light in this world. Keep being amazing,” they wrote.

Ms. Dunham did not have statistics on the number of people from Manitoulin Island who have signed up to be volunteer crisis responders on the text line.

The Expositor spoke with one Indigenous volunteer from Manitoulin who signed up for the crisis line this past summer. This newspaper has elected not to identify them to maintain confidentiality.

“I became a crisis text line volunteer because I heard the call-out for Indigenous volunteers earlier this year. I was looking for things to do during the pandemic that would enhance my skills and signed up because Kids Help Phone does valuable work,” they said.

Volunteers get extensive training and asked to work roughly four hours per week. The online portal tracks each volunteer’s progress and offers rankings and rewards to aid engagement.

One feature of the portal is chats between fellow responders who can offer each other support.

“It can be a lot of work emotionally but the other crisis responders are very supportive and can help you keep going. They know what it’s like to have a tough conversation,” the volunteer said. “You know that you’re not alone.”

Supervisors are also present on the service and offer feedback and guidance during and between conversations. The volunteer said they felt well-supported because of the training and well-organized system, including quick access to resources in case a challenging situation arises during a conversation.

Receiving feedback from the people they helped was a powerful addition to their satisfaction.

“It’s been really rewarding to see that I’ve helped somebody and they were so emotionally moved by it that they decided to show their gratitude by writing me a message,” they said. “I can’t rave enough about the crisis line.”

The KHP crisis support line is mainly targeted to youth aged five to 25, but the non-profit also supports a text support line for adults. To get help via text message at any time, text CONNECT to 68-68-68 for youth and 741-741 for adults.