KILLARNEY—Killarney Mountain Lodge is holding a grand opening party celebrating the many changes the Lodge has made since last summer.

The party will get started at noon on Saturday, June 25, running until midnight.

Activities will include samples of the Lodge’s fine food, a fish fry, tours of the new facilities, music by Andy Lowe and the Bluez Brothers, representatives from several of their beer and wine suppliers, activities for kids and fireworks.

“We tore down eight of the smaller rooms and rebuilt a private dinner room that can accommodate up to 10 people, a new bar featuring vaulted ceilings, a large fireplace and patio and added a new front desk, which is a lighthouse you drive through when checking in,” said Killarney Mountain Lodge General Manager Kelly McAree.

Holden Rhodes, whose family vacationed in Killarney growing up, bought the Lodge in January of 2015 and has invested $18 million in the restoration and renovation of the Lodge and property. He also purchased Killarney’s Sportsman’s Inn Resort and Marina earlier this year in a continued effort to make a difference in the local community and grow its economy.

Discount moorage is available for the last few slips at the newly expanded marina. Call 705-287-2242 to reserve.

North Channel Cruise Line’s Summer Start Killarney Party is sold out for the voyage from Little Current to Killarney this Saturday, but makes the passage to Killarney Mountain Lodge every Monday afternoon and Friday evening throughout July and August. 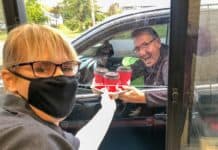 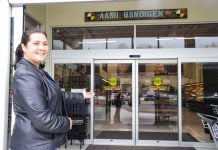 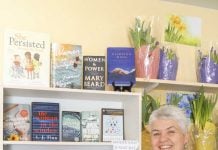 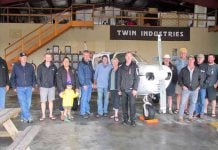 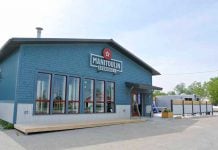