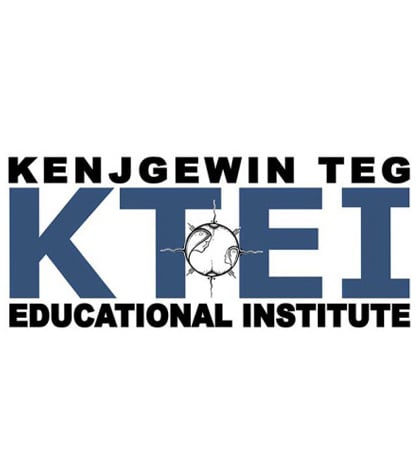 M’CHIGEENG—In response to, and support of, the December 10, 2013 press release issued by the official site of Idle No More (www.idlenomore.ca) titled “No to First Nations Education Act (FNEA) and Federal Termination Plan,” Kenjgewin Teg Educational Institute (KTEI) will join the national movement on Tuesday, January 28. This will take the form of a national day of teach-ins that will specifically focus on the First Nations Education Act.

“The FNEA is the latest bill in a suite of legislation amending the Indian Act to be used by the federal bureaucracy to impose greater control and management of First Nations for their assimilation into the mainstream society” the Idle No More’s December 10, 2013 press release states.

December 10, 2013 marked both International Human Rights Day and Idle No More’s one-year anniversary of the national day of action. Since its introduction, hundreds of First Nations protesters have taken to the steps of Canada’s Parliament and other towns and cities to say a resounding “No” to the Conservative government’s First Nations Education Act (FNEA) and the federal government’s Termination Plan to extinguish First Nations’ collective rights. December 10, 2013 was chosen by the official organizers of the Idle No More movement to launch IdleNoMore 2.0—a call to the current tens of thousands of supporters of the movement to join in a massive educational undertaking that will take place from coast to coast to coast on January 28.

KTEI is responding to this challenge by hosting another free and public teach-in event about the First Nation Education Act, and more specifically, what the implications may be for the area of Mnidoo Mnising.

“This teach-in event on January 28 will represent KTEI’s fourth teach-in event that we have hosted so far. Our goal is to offer at least four of these events each year to help bridge any knowledge gaps about First Nation issues for all,” said Beverley Roy-Carter, KTEI’s director of business and training.

The roster of guest speakers for January 28 has been selected to be of interest to a wide range of audience—political and education professional perspectives on the First Nations Education Act will be provided. Quinn Meawasige, who is the Anishinabek Nation youth representative from Serpent River First Nation, will present and share a student’s perspective on the proposed FNEA; Grand Council Chief of the Anishinabek Nation Patrick Madahbee will speak and answer questions about the legislation from a political perspective; and Stephanie Roy, who is the KTEI executive director, will share and provide insight into some scenarios and possibilities regarding how the proposed Act will impact education here on Manitoulin Island.

In December 2012, the Government of Canada announced the start of “intensive” consultations with First Nations on the development of a draft legislative proposal for First Nations education by completing eight consultation sessions across Canada by May 2013. In July 2013, an annotated outline version of the proposed approach was released October 23, 2013 called ‘Working Together for First Nation Students: A Proposal for a Bill on First Nations Education.’

This blueprint was released as the precursor for the Bill being passed into law by the Government of Canada in 2014 with the goal of the First Nations Education Act (FNEA) being put into effect starting in the fall of 2014. Among other items within this document, it is also clearly stated that the minister will not be responsible for any liability that arises in the on-reserve Kindergarten to Grade 12 education system, but that such liability will be delegated to the authorized authority that the First Nation chooses for their school model under the Act (there are a range of models to choose from). Sections 114 to 122 of the Indian Act would be repealed and replaced with this new Bill.

The Government of Canada also heard about the importance of First Nations being able to include the teaching of languages and cultures in the curricula and the proposed Bill offers some opportunity to develop and implement language and culture programs to suit the needs of a community. The community education committees will represent one means in which to express and connect cultural and language issues to community views under the FNEA.

For the most part, however, with increased funding, the FNEA will impose standards and regulations for each student/child (6-16 years of age) that is on a First Nation nominal roll (meaning residents on-reserve) in order to achieve greater outcomes and success from Grade 12. Each First Nation with a school controlled by the chief and council will have full responsibility and liability for ensuring a quality education that meets all of the standards and regulations of the First Nation Education Act, including all of the education support services.

Like all KTEI’s teach-in events of the past, the January 28 event is free and open to everyone to attend. First Nation community members, students, youth, elders, administrators, chief and council members, teachers, and all education professionals are encouraged to mark this date on their calendars to come out and learn more, and ask questions about existing and recent developments, Ms. Roy-Carter encouraged. “A special invitation from KTEI especially goes out to our Mnidoo Mnising non-First Nation communities of students, youth, elders, administrators, reeves and council members, teachers, and all other education professionals to also come out and learn more about why First Nations are opposed to this Act,” she added. The day’s activities will start at 10 am and end at 4 pm with lunch provided. Remember too that KTEI is also an eco-friendly school so bring your feast bag (eating utensils) with you. 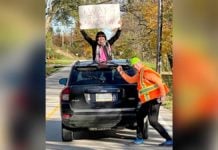