In his letter to the editor (‘Drummond Report charts a clear path for the future of health care, March 7, page 5) Russ Boyles, chair of the Health Sciences North board of directors, praised the Drummond Report and stated that it affirmed his board’s opinion that when it comes to the care of the elderly and Alternate Level of Care Patients (ALC), the best care is care provided as close to home as possible and recommends more resources be allocated to community based care.

In an article by Carol Mulligan in the March 23, 2012 edition of the Sudbury Star, she quotes the North East LHIN, where they state, “that enough community programs have been established recently to help address hospital overcrowding.” Amazingly, on the day before Ms. Mulligan’s article was published, Health Sciences North Sudbury had 77 acute beds filled with ALC Patients, mostly frail elderly for whom there was no other place in the community! Also, just prior to this, the director of the hospital’s emergency department, Dr. Rob Lapage, called for all 60 beds at the old Memorial Site to remain open so his department wouldn’t be paralyzed!

This information leads me to believe that there seems to be either a lack of reality or just plain denial from those responsible for the administration of health services here in the north and how they mirror with our own present situation on Manitoulin Island.

Let’s take the North East LHIN for example. Last year its Chief Executive Officer Louise Paquette earned a salary of $250,000. Just her salary alone is a huge amount of taxpayer dollars thrown into a system, which seems to be out of touch with the problems we are encountering with providing enough appropriate living spaces for ALC patients and the frail elderly. Is it possible that the money we are spending on LHINs would be better spent putting it directly toward Long Term Care and assisted living?

For anyone who watched the March 31, 2012 episode of CTV’s W5 on the situation inside Ontario’s Long Term Care (LTC) facilities, there is no doubt that there most definitely should be reason for great concern! This undercover report brought to light many alarming issues which the province does not want the public to know!

In 2010, 1,788 resident-to-resident attacks (assaults) took place in Ontario’s nursing (LTC) homes (and those were only the reported ones).

When the former Harris government of Ontario closed the majority of the province’s psychiatric hospitals, there was no other choice but to integrate patients into LTC facilities. The W5 report stated that Ontario’s LTC facilities have become the ‘dumping grounds’ for all types of psychiatric patients.

In the nursing homes W5 visited undercover, and by finding staff that confided in them (as CTV reporters), they found many of the residents to be Schizophrenic, bi-polar and detox patients in their 40s and 50s, along with violent elderly dementia patients all mixed in with the frail elderly residents! In one certain unit they visited there were 40 of these patients and only three personal support workers (PSWs) to provide all their care!

When W5 went to the office (because they were refused an interview) of the Ontario LTC Association to discuss the facts they had uncovered, the head of the Association, Gail Peach, would not speak to them, but instead sent out a communications representative who informed W5 that a “task force” had been launched to investigate all the problems in Ontario’s LTC facilities and that it would be issuing a report this April.

So now we have a new Ontario budget, which will be freezing all public sector workers wages, attempting to reduce workers benefits before allowing any additional contributions to their pensions and threatening to legislate their collective bargaining process when the province feels it is not consistent with the plan to balance the budget. Remember those three PSWs with the 40 psychiatric patients. They make a salary of approximately $39,500 a year. Can you imagine the incentive the new Ontario budget gives them!

Back here at home, in an article published in the February 15, 2012 edition of The Expositor (‘Proposed Centennial Manor Board Code of Conduct leaves Northeast Council agitated, page 3), the North East Town Council discusses the Manitoulin Centennial Manor’s Board Code of Conduct and how it will result in a lack of transparency between the board and the public. This code forbids board members from speaking to the press without permission of the chair or board!

Shortly after, in a statement written by publisher Rick McCutcheon in the February 29, 2012 edition of The Expositor (Northeast Town Council Notes, page 18), the paper affirms its editorial statement on page 4 of the October 26, 2011 paper (More seniors’ services could mean more Manor revenue). This editorial statement contained the 2010 Financial Statement for the Manitoulin Centennial Manor, which is a document that clearly indicated a deficit position. After this editorial the Manor Board wrote letters to all Island municipalities telling them to ignore the financial information printed in The Expositor!

Taking all this into consideration and with the fact that the Manor’s Board never advertises its upcoming meetings for the public, please think carefully about all the facts presented and if you are seriously concerned please call your local municipality and demand that their representative on the Manor Board provide complete transparency to the public!

If there was ever a time that this province needed an injection of social democracy, the time is now! 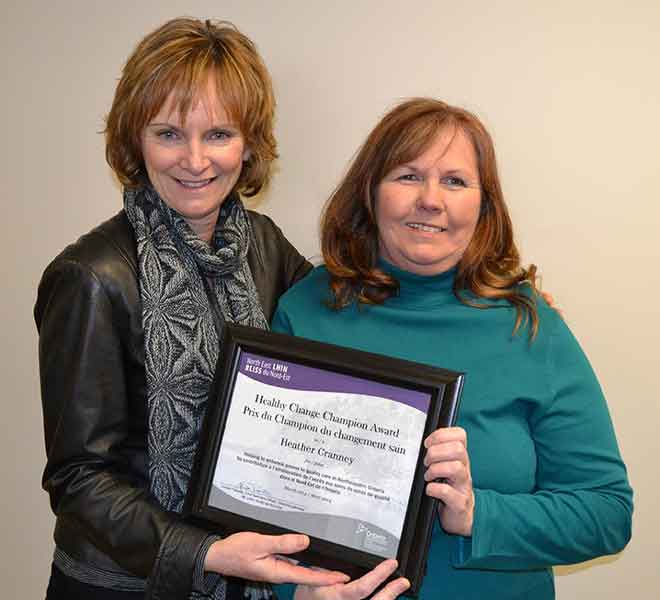