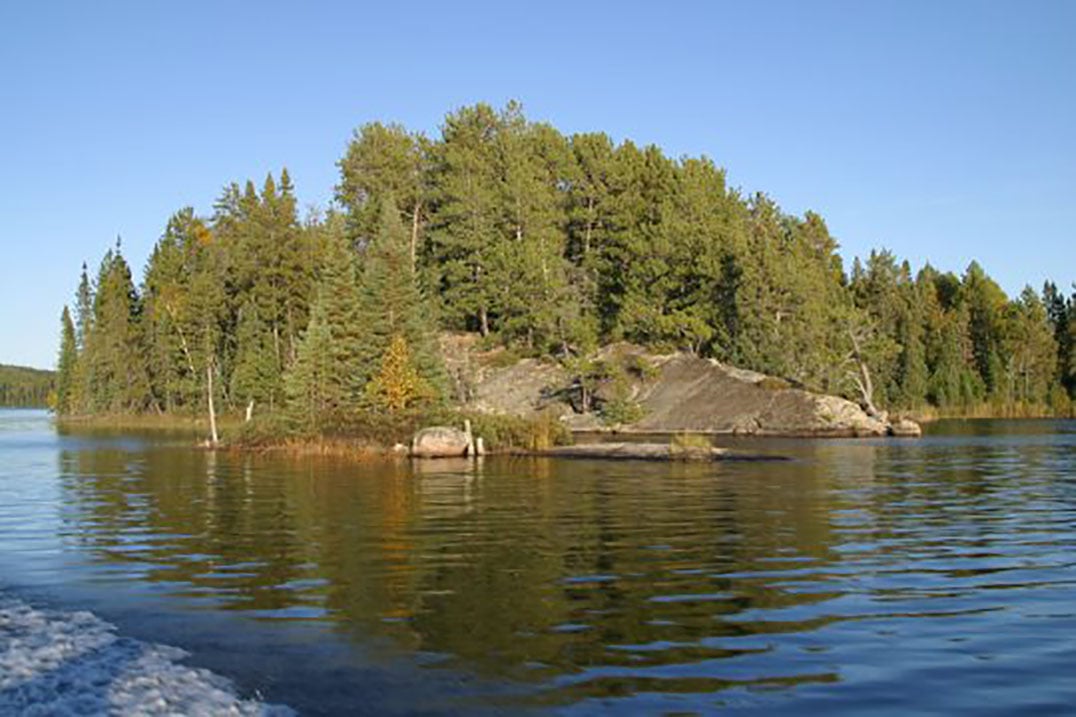 LAKE MANITOU— What’s lurking in the bottom of Lake Manitou, the largest freshwater lake on an island in the world, could be very important to determining how best to manage our lakes in the future.

Adam Jeziorski, a paleontologist with the Paleoecological Environmental Assessment and Research Lab (PEARL) at Queen’s University, is heading a study looking into a cross section of lake trout lakes across the province. The study will research and analyze lake bottom sediment. He explained that these sediments contain the remains of organisms which pile up at the bottom of the lake. “As you go down (through the sediment), you get a history of the lake,” Mr. Jeziorski added, noting that a core from the lake is then removed and taken back to PEARL for analysis on deep water oxygen levels over time.

“From a management point of view, lake trout habitat is governed by the amount of oxygen in deep water,” the researcher continued, noting the effect that climate change has on deep water oxygen levels and listing hypoxia, when deep water oxygen is depleted, as the most extreme case.

“We’re interested in how oxygen conditions are changing,” he said. The research conducted could predict how much a lake can take and what its thresholds are, based on those lake-bottom findings. Researchers will reconstruct past oxygen levels and see how much things have changed since the late 1980s and early 1990s—the last time extensive management research was done.

“This will enable us to update the tools that are currently being used by management (such as the Ministry of Natural Resources and Forestry fisheries management zones),” Mr. Jeziorski said.

Mr. Jeziorski explained that the study is still in early days, as the core samples were only just collected “and science is slow.”

The recent and ongoing concern by Ontario’s Ministries of the Environment and Natural Resources and Forestry over future lakeshore development on Lake Manitou is a practical example of how Professor’s Jeziorski’s study might impact the Manitoulin economy.

The Ontario ministries have demanded that new construction on the large lake be limited to existing vacant lots-of-record and made a limited exception to accommodate the McLay Subdivision in the Green Bay area (six lots rather than the proposed 21 lots in the plan of subdivision).

These restrictions were placed based on the available oxygen in Lake Manitou and a concern for its provincially-significant lake trout population.

Lake Manitou is one of nine ‘lake trout lakes’ from across the province to be studied b PEARL.