I note that Mary Nelder of LAMBAC has ‘volunteered’ to facilitate Billings Township’s attempt to pull together a Strategic Plan for the township. Good choice! After all, LAMBAC is largely funded by FedNor, and it is FedNor and the province that Billings council looks to when they have no tax revenues to underwrite their latest ‘adventure.’

I am assuming that Ms. Nelder has an incentive to ensure that her primary paymaster’s funding is justified and well administered by those communities who ask for them.

Trouble is, I don’t think reality has yet impinged on the minds of the five members of Billings Township Council. Priority setting seems to be a little lax right now too! How else to explain three members of council on the local museum board—and repeat requests for funding to upper tier sources for $26,000 for the museum, while the existing marina falls apart and needs $80,000 of unbudgeted repairs putting the 2011 budget deep in the hole already, a budget only finalized it two months ago. I can’t help noticing that the municipality of Billings’ 2010 books show a $49,000 deficit and they haven’t finalized them yet (probably because the Ministry of Municipal Affairs frowns on municipalities that run deficits!).

I don’t know what they expect to put into their strategic plan. When I asked the clerk for information after the Wednesday night meeting (which I was unable to attend because I was down in Toronto) I was told by her she has none. Apparently, the Wednesday night information gathering session last week was for special interest groups like the boating group, economic development and farmers (any farmers out there, please contact me to confirm that they had some input) and the general taxpaying public of Billings will get their chance before the end of the month (but Mary Nelder is out of the office and can’t be reached until September 7).

I have a funny feeling about all this, but I hope I’m wrong! While the economy is way down (as are the number of boaters visiting Kagawong), I would not be surprised to see a 100 slip marina expansion featured prominently in Mayor Hunt’s priority list, even if it isn’t a high priority in the majority of Billings taxpayers’ minds!

Meanwhile, the Lake Kagawong boat ramp, where fishermen would like to put in their boats, is in such a state that they have pretty well given up using it and presumably taken their business elsewhere (as did, I suspect, several boaters when the marina fell apart)! Oh yes, there’s a line item for the ramp in the 2011 budget, but zero dollars allocated to it! Good luck, Ms. Nelder. You are going to need it!

LAMBAC has helped local businesses with funding during pandemic 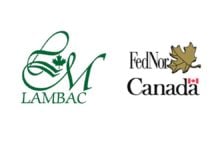 Business assistance funds are flying out the door at LAMBAC 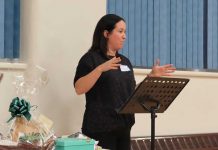