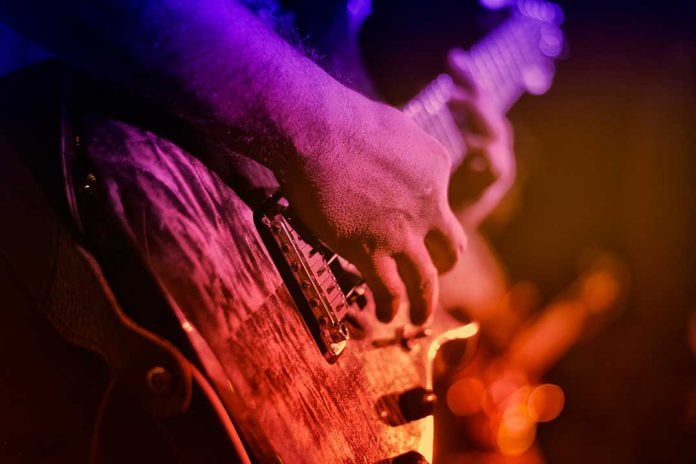 LITTLE CURRENT – Islanders have a chance to relive the festival feeling this Friday and Saturday when two all-ages, drive-in concerts hit the stage at Flat Rock Entertainment Centre in Little Current (home of Manitoulin Country Fest), offering a country favourites Friday followed by a rocking Saturday.

“We’re super excited, of course. Andrew Hyatt is from Sudbury and it’s nice to have a local boy here, and The Reklaws are a family favourite from last year so it’s nice to see them back on our stage. Big Wreck is exciting to have back, too; they joined us for our second year of Rockin’ the Rock,” said local organizer Kelly ‘KT’ Timmermans.

This Friday, September 18, gates will open at 7 pm for patrons to find their assigned parking space. The next night, Big Wreck will headline a show at the same time, supported by Texas King and Fortunate Losers. Music starts at 8 pm.

These shows, presented by Cabin Media, are slated to be Northern Ontario’s first drive-in concert experiences.

“We’ve been bringing live entertainment to Northern Ontario for nine years—we do whatever we can to put smiles on people’s faces,” said Jeff Sebben, president of Cabin Media, a Sudbury-based entertainment company that produces roughly 200 shows in a normal year.

Ms. Timmermans said tickets had been selling quickly on the Cabin Media website, cabinmedia.ca. By the middle of last week, the rock shows were half sold and the country night was more than 75 percent sold.

All tickets are on a per-vehicle basis. The space has room for 200 vehicles or 1,000 people if the maximum of five people attend per car—Ontario regulations exempt drive-ins from outdoor gathering limits.

Tickets start at $189 per vehicle for country night and $179 per vehicle for rock night. Organizers said this was reasonable, especially if the cost was divided among five people in a vehicle.

He added that dividing costs among a full carload would bring ticket prices below $50 per person. When asked if there was a risk that people may go beyond their immediate family and close friends to fill a car, Mr. Sebben said he felt this was unlikely.

Guests have to stay in their vehicles at all times and there is no alcohol allowed on-site. Contactless refreshment and merchandise purchases will be available, as will be washrooms and sanitization facilities.

“(Previous shows) have been very well received; people have been very receptive to it and respectful of the protocols in place to ensure they’re safe while enjoying a good, live music experience,” he said.

Both of the country musicians have performed at drive-in concerts this summer. The Reklaws have played shows in Ottawa and Toronto and Mr. Hyatt has done drive-ins in Newmarket and in Hastings. They both said they were trying to master the new format.

“It’s weird because when people are in their cars, you can’t easily see people so it can be hard trying to keep the morale up,” said Stuart Walker, one half of The Reklaws alongside sister Jenna Walker.

“We try to incorporate the cars’ headlights as spotlights and shut off all the stage lights, and we have done a horn honking competition. It becomes fun when you can play games with the crowd,” he added.

Mr. Hyatt said this year has brought interesting challenges. He has performed a series of small, intimate shows in southern Ontario backyards and his videographer Brandon Ferguson recently made a short video about those events that premiered on the musician’s social media.

“The backyard shows were really refreshing. I grew up writing and playing alone on my guitar so going back to that intimate scenario and sharing the stories behind the songs … really filled me up again, given what 2020 has been like,” said Sudbury-based Mr. Hyatt, whose grandparents have a trailer in Sheguiandah.

“I feel like everyone needs to get out and be reminded that live music and time with friends is important, and that’s what we’re going to bring,” said Ms. Walker. “It’s going to be a good time so buckle up—literally.”

The Reklaws are presently mastering a new album recorded in Mr. Walker’s Toronto living room. It is slated for a mid-October release.

Mr. Hyatt will share a new single on his social media on the day of the concert and he will perform it live that night.  He asked his fans to pre-save the song to ensure it performs well on the charts.

The week after this show, Mr. Hyatt will also be in the studio to track a live-off-the-floor record.

Mr. Sebben said his company was working on preparing wintertime “VIP experiences” at indoor venues in 15 Ontario cities this coming winter, abiding by gathering limits. He said details should be available within the next month.

Information about this weekend’s shows and ticket sales is posted at cabinmedia.ca.