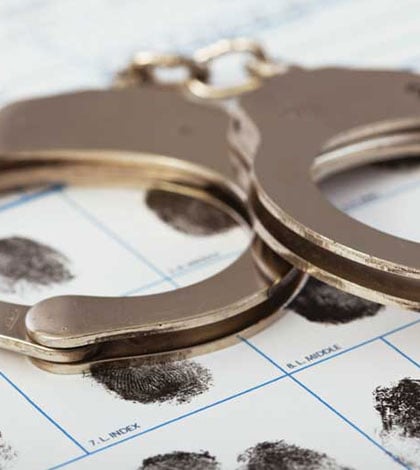 A happy holiday season starts with safe and sober driving

With the holiday season upon us once again, the Ontario Provincial Police (OPP) is reminding motorists and snowmobilers that safe and responsible driving is of paramount importance this time of year.

Drivers are reminded that the OPP Festive RIDE (Reduce Impaired Driving Everywhere) initiative is in effect until January 2, 2014. Officers will be out stopping vehicles throughout the province as a means of targeting impaired drivers. You can all play a part in helping reduce the number of impaired driving-related fatalities by exercising zero tolerance for drinking and driving, volunteering as a designated driver or calling a taxi.

The OPP is also urging drivers to be mindful that drastic changes in weather can wreak havoc on driving conditions, and to get into the habit of allowing for extra time while traveling. By slowing down, buckling up, keeping your wiper fluid topped up and checking your tires, you will contribute to safer traveling for everyone during the holiday season.

Snowmobilers across Manitoulin are also being reminded to adhere to some important safety measures to ensure safe and fun outdoor recreation over the holidays.

Do not drink and sled, ensure that you and your passengers wear proper safety equipment, stay on designated trails and off the ice at all times. The ice will remain unstable and thin until sustained periods of cold temperatures are reached, therefore snowmobiling on waterways over the holidays remains dangerous and off-limits.

In a continuing effort to make Ontario roadways and trails safe, the OPP is asking everyone to take extra care and to be aware so that we can all enjoy a safe and happy holiday season with our family and friends. Be safe—don’t drink and drive!

“On behalf of the Ontario Provincial Police we wish all citizens a safe and joyous holiday season!” said Staff Sergeant Kevin Webb, Detachment Commander of the Manitoulin OPP.

OPP urges residents to be wary of ice conditions

The Manitoulin OPP detachment cautions area residents about thin ice conditions in the Manitoulin area. Ice does not freeze at a uniform thickness across most lakes and rivers. Ice should be checked for thickness regularly as you move further out on frozen bodies of water.

The strongest ice is clear blue in colour. White or opaque ice is much weaker. Ice with a honeycombed look, common during thaws or in the spring, should be avoided. Travelling on frozen lakes or rivers with snowmobiles or vehicles can be particularly dangerous and added precautions must be taken. At least 10 centimetres (4 inches) of clear blue ice is required for walking, 20 centimetres (8 inches) for snowmobiles and 30 centimetres (12 inches) or more is needed for most light vehicles. Double these amounts if the ice is white or opaque. A layer of heavy snow on a frozen lake or river can insulate the ice below and slow down freezing.

Avoid travelling on ice at night, as it is very difficult to see open holes in the ice. This is a frequent cause of snowmobile drowning. Never go onto the ice alone, a friend may be able to rescue you or go for help if you get into difficulty. Stay off river ice as currents can quickly change ice thickness overnight or between different parts of the river. Wearing a snowmobile flotation suit can increase your survival chances if you do go through the ice.

“Anyone venturing out on any ice should keep in mind that there are inherent risks associated with this activity,” states Constable Allan Boyd, Community Services Officer with the Manitoulin OPP.

Driving with a suspended licence is about to get much riskier for drivers as the Ontario Provincial Police (OPP) become the first police service in Ontario, and one of the first in Canada, to target suspended drivers with their Licence Plate Recognition Program (ALPR).

The OPP is also expanding its ALPR program to include an additional 27 ALPR equipped vehicles to its existing fleet of four which, according to the OPP, will make it more difficult for suspended drivers, drivers of stolen vehicles and other vehicles with plates in poor standing to drive undetected on Ontario roads and highways.

“Thanks to our continued partnership with the Ministry of Transportation Ontario (MTO) and the Ontario Information and Privacy Commissioner (IPC), our roads will be much safer now that we have the resources to remove the threat that suspended drivers pose to all road users. The additional 27 vehicles will allow us to scan thousands more plates every day over a broader geographic range in the province,” said OPP Deputy Commissioner Brad Blair, provincial commander of traffic safety and operational support, in a press release from the OPP.

“Our partnerships with the OPP and all our road safety partners have allowed us to lead the way with some of the most advanced road safety programs, tough laws and strong enforcement. This is why Ontario is a North American leader in road safety,” said the Honourable Glen Murray, Minister of Transportation and Minister of Infrastructure.

“Ontario motorists expect to be protected from unsafe drivers, but also not to be tracked as they go about their daily lives. We are pleased to report that the OPP used a Privacy by Design approach in developing its Automatic Licence Plate Recognition system, and that when a scanned licence plate does not match the list of unsafe drivers, it will be deleted from the system within minutes,” said Ann Cavoukian, Ph.D. Information and privacy commissioner, Ontario.