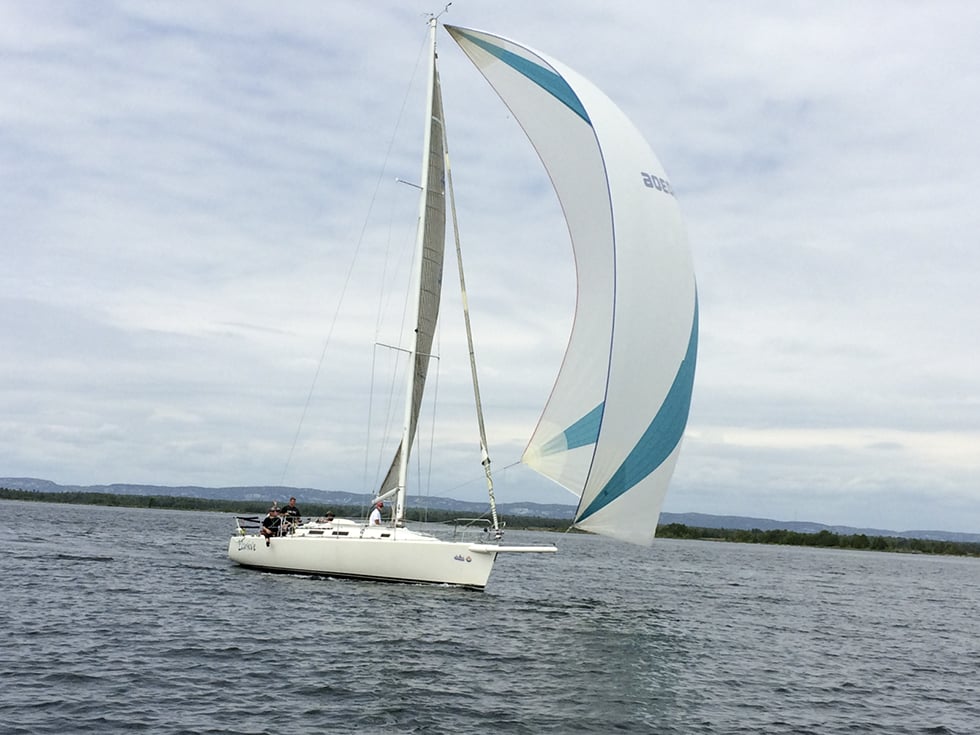 LITTLE CURRENT— The Little Current Yacht Club’s annual youth sailing school posted an outstanding 2015 season with over 60 children taking part over the seven weeks of the summer and even a number of adults took advantage of the opportunity to learn more about sailing during the evening courses.

“We had about eight to 10 kids in each session,” noted sailing school organizer Tracey Chapman.

The young sailors had the opportunity to learn the basics of sailing in the club’s six small PICO sailboats and, by the end of the summer, some of the youth had advanced to the point that they took out the club’s larger 420 sailboat. “We had kids who took their level two in earlier summers reaching level three or four, where they were learning to sail with a spinnaker,” she said.

The evening sessions, held on Thursday nights from 6 pm to 8 pm, made it possible for kids who had taken the courses last year to have an opportunity to keep up their skills, particularly those who do not have a sailboat at home.

“The feedback from everyone was very positive,” noted Ms. Chapman.

Although she said that she could not speak for the yacht club, Ms. Chapman said that if numbers were any indication, the program would likely continue again next year. “We are a not-for-profit club without a large number of members,” noted Ms. Chapman. “We are not there to make money.” The biggest challenge to putting on the course is the cost of insurance.”

Looking back at past years, the year 2013 saw 30 children enrolled at the three locations, Gore Bay, Kagawong and Little Current. “We got double that this year in Little Current,” said Ms. Chapman.

Ms. Chapman said that there were a number of factors that contributed to the sailing school’s success this year. “The Expositor was really good to us in promoting the school, that really helped,” she said. “Boyle Marine was also very helpful, especially when it came to docking the 420s and the dingy for the sailing instructors.”

Ms. Chapman also said that the Town of Northeastern Manitoulin and the Islands was very helpful in supporting the program through the Little Current Yacht Club. “There were so many volunteers from the LCYC who helped throughout the season,” she said. “Our instructor, Carolyn Quinlan, was amazing.” Ms. Quinlan’s parents were so taken by the Island that they wound up vacationing at a cottage in Kagawong. “Our student, Bryce Mastelko, he was excellent.”

Ms. Chapman said that the program was not without some challenges, but with the assistance of constructive feedback from parents and the students the program is likely to only get better as time goes on.

As for herself, Ms. Chapman did not hesitate in giving her reaction to the experience, “it has been a wonderful experience.”