The Manitoulin Expositor
Home Op-Ed Letters to the Editor Letter: A history lesson on what it means to be Indigenous in colonial...
Facebook
Twitter
ReddIt
Email
Print

The future holds promise for the return of stolen lands

Second, only treaties, conventions and covenants are internationally legally binding instruments. So, when treaties were made in North America between foreign governments and Indigenous peoples, these are legally binding agreements, according to international law. Indigenous peoples who made treaties with representatives of foreign governments did so as sovereign independent nations.

So, what is likely to happen? By 2036, it is projected that there will be 2.0 to 2.6 million Indigenous peoples in Canada. Between 4.6 to 6.1 percent of the people in Canada will report aboriginal identity. The median age of the aboriginal population will be 34.7 to 36.6 years old by 2036. The non-aboriginal population during the same period will be 40.5 to 44.5 years old.

The Anishinaabe word for “reserve” is shkonganing, ‘that which is left-over.’ According to an OECD publication in 2020, Indigenous peoples hold around 626,000 square kilometres of the land mass in Canada, or 6.3 percent of the total. However, most of it is north of the 60th parallel. In southern Canada, 95 percent of Indigenous peoples hold a mere 37,000 square kilometres of land, or 0.37 percent of Canada’s land mass.

Letters: Rainbow District School Board students do the board proud

Letters: A tale of two towns

Letters: More emphasis on the environment needed in the current provincial election

Letters: More questions raised about the wisdom of Enbridge’s Line 5

Letters: The summer season is finally upon us and none too soon for the yacht club 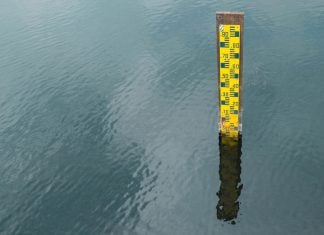 Tom Sasvari - April 30, 2021
KAGAWONG - After a meeting was held with representatives of Oakville Energy last week on concerns raised by members of the Lake Kagawong Resources...