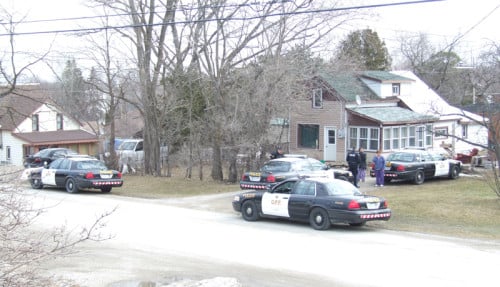 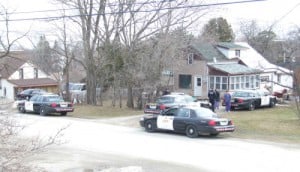 LITTLE CURRENT—The funeral was to be held Tuesday for 45-year-old Shelly Eadie of Little Current, a mother of three, whose lifeless body was discovered by family members last Thursday, March 15 in her Hayward Street home. She died from an apparent drug overdose.

This sad story comes fresh on the heels of the tragic case of eight-year-old Tori Stafford, the little girl whose name was splashed on the front pages of newspapers across Canada when she went missing in April of 2009, and then again over the past two weeks as the trial of Michael Rafferty for the little girl’s slaying is once again front and centre in the media. The gruesome and horrid details of the death have been brought to light, but so have the seedy details of a small southwestern Ontario city whose addictions to prescription narcotics have become all too prevalent. All of the characters in this trial, including Tori’s mother, are professed drug addicts. This trial shines a light not only on Woodstock, but also on other small towns and rural areas across Ontario and the tragedies unfolding there, just as on Manitoulin and its most recent drug-related death in Little Current.

While police will not confirm that the death was due to an overdose of prescription drugs until they receive word from the coroner’s office and its toxicology reports, a 26-year-old Little Current man has been charged with offences related to the death of Ms. Eadie, including administering a noxious substance contrary to the Criminal Code of Canada and trafficking in a controlled substance contrary to the Controlled Drugs and Substance Act.

Police were seen at the home of the accused on Thursday, on Highway 6, conducting their investigation, while the OPP Forensics Unit and coroner attended the scene on Hayward Street.

The accused appeared before bail court on Monday in Gore Bay and was released on a number of strict conditions, said Community Services Officer Constable Al Boyd. He is set to appear in court in Gore Bay on April 30 for a first appearance, where he can either enter a plea of guilty, ask for a remand or plead not guilty and request a trial date, Constable Boyd explained.

Staff Sergeant Kevin Webb, Detachment Commander for the Manitoulin OPP, explained the charge of ‘administering a noxious substance’ as anything given to a person with the intent for consumption that would do harm or poison an individual.

Considering the recent investigation by the United Chiefs and Councils of Manitoulin Anishnaabe Police Service into the methadone overdose death of Trista Panamick of M’Chigeeng and the subsequent three separate charges of manslaughter, The Expositor asked the Staff Sergeant if detectives would be taking a similar angle to the case.

“I can’t rule out that it won’t go beyond (name of the accused),” he said. “Anything’s a possibility.”

He noted that a detective sergeant is hard at work on the case, but was unaware whether more charges against the accused, or anyone else, were possible in the future.

“We can guarantee that police will follow up on everything and that all avenues will be exhausted,” Staff Sergeant Webb said. “The message should be out there and made clear. If any substance is going to be passed off that leads to the harm of another person, those people will be held accountable. If somebody suffers serious harm or death, they will be held accountable.”

The commander noted that pharmaceuticals are becoming more and more of a problem, both here and across Ontario, particularly among young people, a fact Islanders know all too well. With drug-fueled killings in both Wikwemikong and M’Chigeeng, all too many accidental overdoses and break-and-enters and other crimes in the nameof drugs, not to mention the steady stream of clients at the downtown Little Current methadone clinic (those people trying to get their lives back in order), it’s clear there is a serious drug problem on Manitoulin.

On Manitoulin, as in Woodstock, but in a much different way, another life has been taken, apparently both due in part to the merciless grip of opiates on a small community.