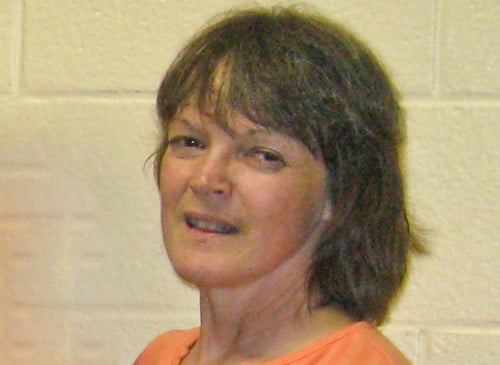 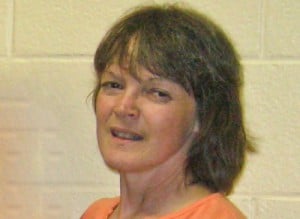 LITTLE CURRENT—The past decade has been a long hard grind for Diane Lecuyer, but the feisty diminutive Little Current double-lung transplant recipient has been counting her many blessings after returning home last month, determined to make the best of her new lease on life.

Foremost among her many blessings is her 21-year-old daughter, Lisa Lecuyer, who spent seven months of the last year looking after her mother in Toronto while waiting for a donor. “Lisa played a very big role in helping me get through some very difficult times,” said Ms. Lecuyer. “She put her life on hold, got a leave of absence from her job, left her friends and everything behind for me. She has been absolutely amazing and I am so very proud of her.”

Ms. Lecuyer’s daughter is an assistant manager of the Hilltop Shell station in Little Current and according to her mother, the employer was “very good about it,” but that is what small town life is all about.

“I can’t say enough about the support I received from this community,” said Ms. Lecuyer. “The cards, the letters, the donations, the phone calls—it was absolutely amazing. It was just fantastic.”

Ms. Lecuyer received her new lungs in relatively short order, beginning her wait in May of last year and finally getting the word that it was a go on the second of October. “That’s pretty quick actually,” she said.

There isn’t a lot of information given to a transplant recipient about the donor who contributed their organs to help someone else survive, but Ms. Lecuyer said that she will be eternally grateful to that person. “They don’t tell you anything really,” she said. “I know they had to be close to my size, my blood type and that they didn’t have a lot of antibodies.”

The antibody issue is an important one. Although those antibodies are commonly shared, such as those for measles or chickenpox, some more serious infections can produce antibodies that can lead to an allergic reaction. “That’s the big thing,” she said.

Ms. Lecuyer is currently on a wide regime of medications, including three anti-rejection drugs that will be a part of the rest of her life, but for a number of the other drugs she will be slowly weaned off. “Even those three they gradually reduce the dosages,” she said. “Hopefully they will be able to take me off a large number of the others over the next couple of years.”

Currently, Ms. Lecuyer must attend a lab in Sudbury for blood work. “They are attached electronically right to the lab in Toronto, so they can see the results right away,” she said.

She has regular pulmonary function testing (albeit a lighter version than the usual) and must go back to Toronto at six months, nine months, 12 months, 18 months and two years for testing. “After two years I should be able to just go once a year,” she said.

Ms. Lecuyer will also be spending a lot of time in physiotherapy, getting plenty of cautious exercise, but there is one activity she is really looking forward to. “I can’t wait to be able to go skating again,” she said. It has been almost 14 years since she was last able to strap on the blades.

Her life will require a great deal of care, her immune system must be suppressed in order to allow her body to not reject her new lungs, but Ms. Lecuyer intends to live her life. “I can’t live in a glass bubble,” she said. “But I am going to take good care of this chance. I have worked too long and too hard to get here to throw it all away. If something doesn’t feel right, I will get it checked right away.”

Ms. Lecuyer said that she feels very fortunate that medical science allowed her to delay getting a transplant for so long. “There have been so many changes since then, the survival rate is so much better than it was back then,” she said. “Even now, they are making so many advances every single day.”

Asked if she was planning to write a book about her experiences, Ms. Lecuyer laughed. “No, I could, I really could with all that has happened in the last few years, but I don’t thinks so.”

For now, Ms. Lecuyer and her family are simply savouring the simple joys of being able to breathe, safe at home among friends.