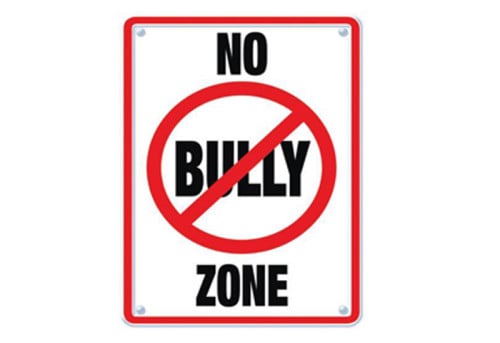 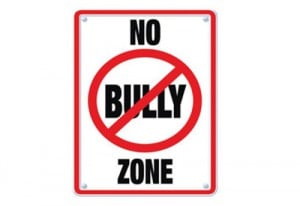 EDITOR’S NOTE: This is the fourth article in a multi-part series examining teen bullying in Manitoulin High schools. This week, The Expositor speaks with Lucy, a former Manitoulin Island student who was bullied as a youth in the 1970s.

MANITOULIN—When Lucy went to school in the ‘70s, there was no diagnosis for the condition that rearranged the letters on the page in front of her. Today, it’s known as dyslexia.

But when Lucy was in school, it was known as a form of retardation.

“People used to call me Lucy the retarded dog,” Lucy recalled. Lucy contacted The Expositor after seeing a message on Facebook asking for adults to come forward and talk about their bullied childhoods. She asked that her last name not be used.

Between her learning difficulties and the bullying at school, Lucy eventually dropped out of high school and left the Island. She married young, marrying one of the first men she met that showed any interest in her.

“I got the respect and the adoration from him that I never got from the bullies at school,” she noted. However, it wasn’t long before the bullying started again, this time from her new husband. It started with him undercutting her emotionally, calling her stupid or fat. By the end of the marriage, he was hitting her and threatening their young daughter.

It wasn’t until he threatened their daughter that Lucy said she realized she had to leave. Before then, she had so desperately wanted to please her husband that she merely “tried harder.”

“I took our daughter and got out of there,” she said.

Lucy has since remarried and had a second daughter and now lives in the United States. She and her second husband are married, but their lives aren’t easy. She’s currently fighting against cancer. And even now, the bullying hasn’t entirely stopped.

“My ex-husband told our daughter that he’s ‘coming to your mother’s funeral even if she doesn’t want me there’,” Lucy said, bitterness in her voice.

In an article penned for MentalHealth.net, Mark Dombeck writes about bullying and its long-term effects on individuals. Mr. Dombeck has a PhD in psychology.

“The experience of being bullied can end up causing lasting damage to victims,” he wrote in the 2007 article. “This is both self-evident and also supported by an increasing body of research.”

He noted that the expression ‘sticks and stones can break my bones, but words can never hurt me’ is “essentially backwards.”

“For the most part, physical damage sustained in a fist-fight heals readily, especially damage sustained during the resilient childhood years,” he said. “What is far more difficult to mend is the primary wound that bullying victims suffer, which is damage to their self-concept, to their identities. Bullying is an attempt to instill fear and self-loathing. Being the repetitive target of bullying damages your ability to view yourself as desirable, capable and effective individual.”

Mr. Dombeck noted that people who suffer repeat emotional bullying either suffer from increased periods of and more severe depression than those who were not bullied.

“When you are forced, again and again, to contemplate your relative lack of control over the bullying process, you are being set up for Learned Helplessness,” Mr. Dombeck noted. Learned Helplessness is a term used to identify behaviour where an individual believes there is nothing they can do to change situations, regardless of whether there is or isn’t an option available.

“You are also learning how you are seen by bullies, which is to say, you are learning that you are seen by others as weak, pathetic and a loser,” Mr. Dombeck noted. “You are being set up to believe that these things the bullies are saying about you are true.”

Mr. Dombeck noted that the average person develops their self-identity and self-confidence through input from those around them.

“When people are young and have not yet survived a few of life’s trials, it is difficult for people to know who they are and what they are made of,” Mr. Dombeck explained. “Many people’s self-confidence is continually shored up by those around them telling them in both overt and subtle ways that they are good, worthy people. This is one of the reasons people like to belong to groups, and bullying teaches people they are outsiders.”

The long-term effects are worse than the immediate, Mr. Dombeck noted.

“The second ugly outcome unfolds more slowly over time,” he said. “Having a wounded self-concept makes it harder for you to believe in yourself and when you have difficulty believing in yourself, you will have a harder time persevering through difficult situations and challenging circumstances.”

Mr. Dombeck said people who have been bullied often see problems in their studies or at work. Students may ditch school to avoid their bullies.

“I’ve read retrospective studies where people report having left school early so as to avoid continued bullying, and this of course will have altered and limited the job prospects they have available to them as adults.”

For Lucy, though she is now happily married and loves her children, she believes bullying made its mark on her.

“I’ve worked minimum wage jobs and barely made ends meet,” she recalled. “I was so happy when I got my job with the town at the arena, because it paid more than the minimum. I could have done better if I hadn’t dropped out of high school.”

She also said that even today, she becomes easily upset and will withdraw from conflict, but that her fight against cancer has given her a new strength she never had.

“I can beat this thing,” she said with a laugh. “Sometimes, I pretend it’s the old bullies who tormented me, and visualize me beating them up.”

School board trustee cancels his ‘meet the candidates’ evening