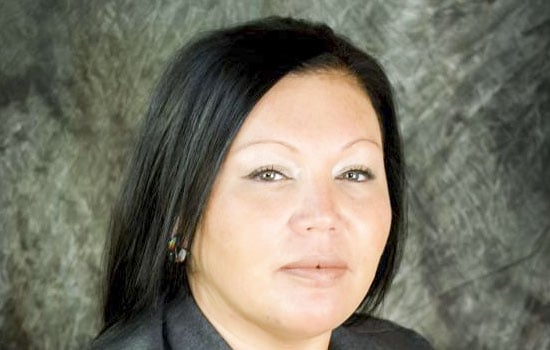 “I guess I never really thought about it in those terms,” said Ms. Debassige, who credits her MBA from Cape Breton University and her Institute of Corporate Directors certification. She said that her identity as an Anishinaabekwe is important to her, but that she was never singled out as such in her academic or business career. “I was just in there with everybody else,” she laughed.

Ms. Debassige is no stranger to the spotlight, however. She was featured in Canadian Business Magazine in 2010 and has over 15 years of experience in aboriginal economic development under her belt.

Ms. Debasssige may also be familiar to Islanders as she is a former councillor with the M’Chigeeng First Nation, where she served her community for over seven years and was appointed as a police commissioner with the United Chiefs and Councils of Manitoulin Police Services for seven years. Ms. Debassige holds a position as director on the Mother Earth Renewable Energy Board that oversees the for-profit wind turbine corporation that is solely owned by M’Chigeeng First Nation.

She has also served on the Great Spirit Circle Trail Board of Directors, a not-for-profit destination marketing organization. Ms. Debassige completed the Director’s Education Program at the Rotman School of Management, thus her designation as a certified corporate director.

“I am looking forward to my time on the OCWA board,” said Ms. Debassige. “In my opinion OCWA really is the best water plant management company. I know a lot of Island municipalities use OCWA to manage their water treatment facilities and I am really hoping that more First Nations communities examine what OCWA has to offer their communities.”

OCWA, which has been in operation for more than 20 years, manages more than 200 water treatment plants on behalf of 180 municipal, First Nation and businesses across the province.

Ms. Debassige said that one of the highlights of her board orientation with OCWA was touring “the most advanced water treatment plant in the world” in Peel Region. “It was really impressive to see the state-of-the-art engineering and technology we have here in Canada.”

The doors that sitting on a major Ontario corporate board open are impressive she admitted. “Oh you should see some of the people I am rubbing elbows with, it is really kind of exciting. These are the people that are running corporate Canada.”

As an Anishinaabekwe, Ms. Debassige said that there is a key link with her traditional culture and her new role. “Women are the traditional keepers of the water,” she said. “I am so honoured to be able to serve.”

Ms. Debassige is also very conscious of being a role model for young Native women. “When young people see that you are doing this kind of thing they start to realize that it is possible, that with hard work and determination they can attain any goal they choose to reach for.”

There are doors beyond the boardroom of OCWA that Ms. Debassige has her eyes on. “I would like to serve on the board of publicly traded and private corporations,” she said.

Ms. Debassige was presented with her first eagle feather by Serpent River Chief Isadore Day. The stem of the feather is woven with beads of blue, green and white. “The colours are very significant,” she said. “Blue is a reminder to keep the wisdom.”

A fitting admonishment for one charged with steering an organization whose operations impact one of the key ingredients of life, water.